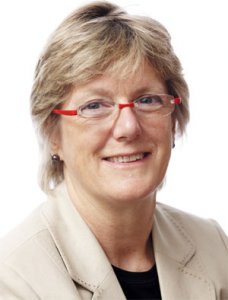 Global action is needed to tackle the catastrophic threat of antimicrobial resistance, which in 20 years could see any one of us dying following minor surgery, England’s Chief Medical Officer Professor Dame Sally Davies said today.

The stark warning comes as the second volume of the Chief Medical Officer’s annual report is published, providing a comprehensive overview of the threat of antimicrobial resistance and infectious diseases.

Calling for politicians to treat the threat as seriously as MRSA, the report highlights a “discovery void” with few new antibiotics developed in the past two decades. It highlights that, while a new infectious disease has been discovered nearly every year over the past 30 years, there have been very few new antibiotics developed leaving our armoury nearly empty as diseases evolve and become resistant to existing drugs.

In addition to encouraging development of new drugs, the report highlights that looking after the current arsenal of antibiotics is equally important. This means using better hygiene measures to prevent infections, prescribing fewer antibiotics and making sure they are only prescribed when needed.

The Chief Medical Officer also states that more action is needed to tackle the next generation of healthcare associated infections, including new strains of pneumonia-causing klebsiella, that will be harder to treat.

Some 17 recommendations are made as part of the report, including:

“Antimicrobial resistance poses a catastrophic threat. If we don’t act now, any one of us could go into hospital in 20 years for minor surgery and die because of an ordinary infection that can’t be treated by antibiotics. And routine operations like hip replacements or organ transplants could be deadly because of the risk of infection.

“That’s why governments and organisations across the world, including the World Health Organization and G8, need to take this seriously.

“This is not just about government action. We need to encourage more innovation in the development of antibiotics – over the past two decades there has been a discovery void around antibiotics, meaning diseases have evolved faster than the drugs to treat them.

“In some areas, like cutting rates of drug resistant MRSA, the NHS is already making good progress so it’s important that we use that knowledge across the system and I hope my recommendations will prompt people to do that.”

The Department of Health will soon publish the UK Antimicrobial Resistance Strategy setting out how it will meet the challenge that the Chief Medical Officer has outlined.

The five-year UK Antimicrobial Resistance Strategy and Action Plan will:

The full report can be viewed here >>

By Department of Health