The marketing authorisation application for momelotinib, a new oral treatment for myelofibrosis has been accepted by the EMA. 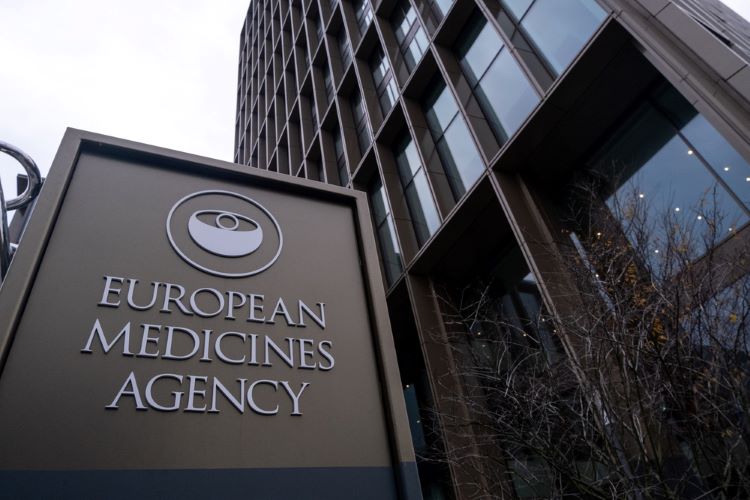 GSK has announced that the European Medicines Agency (EMA) has validated the marketing authorisation application (MAA) for momelotinib, a new oral treatment for myelofibrosis, which, if approved, could be the only medicine available to address myelofibrosis, including anaemia, symptoms, and splenomegaly.

Momelotinib has a differentiated mechanism of action, with inhibitory ability along three key signalling pathways: Janus kinase (JAK) 1, and JAK2 and activin A receptor type I (ACVR1), which could help myelofibrosis patients with anaemia.

The MAA is based on Phase III trials results, including the MOMENTUM trial, which met all primary and key secondary endpoints, including Total Symptom Score (TSS), Transfusion Independence (TI) rate and Splenic Response Rate (SRR).

The Phase III trial for momelotinib

MOMENTUM was a randomised, double-blind Phase III clinical trial of momelotinib versus danazol in symptomatic and anaemic myelofibrosis patients treated with a US Food and Drug Administration (FDA)-approved JAK inhibitor. The trial, which enrolled 195 patients from 21 countries, assessed the safety and efficacy of momelotinib and its ability to treat and reduce key characteristics of the disease: symptoms, blood transfusions (due to anaemia) and splenomegaly (enlarged spleen).

Patients were randomised at 2:1 to receive either momelotinib or danazol (n=130 and n=65, respectively). After 24 weeks of treatment, patients on danazol were allowed to crossover to receive momelotinib. Early crossover to momelotinib was available for confirmed splenic progression.

The trial’s primary efficacy measure was TSS reduction of ≥50 percent over the 28 days immediately before the end of Week 24 compared to baseline TSS, using the Myelofibrosis Symptom Assessment Form (MFSAF). Key secondary endpoints included TI rate for ≥12 weeks immediately before the end of Week 24 with haemoglobin levels ≥ 8g/dL and SRR based on splenic volume reduction of ≥35 percent at Week 24 from baseline.

Further developments for the myelofibrosis treatment

The US Food and Drug Administration (FDA) is currently evaluating a New Drug Application (NDA) for the myelofibrosis treatment. In addition, regulatory action by the Committee for Medicinal Products for Human Use (CHMP) is anticipated by the end of 2023.