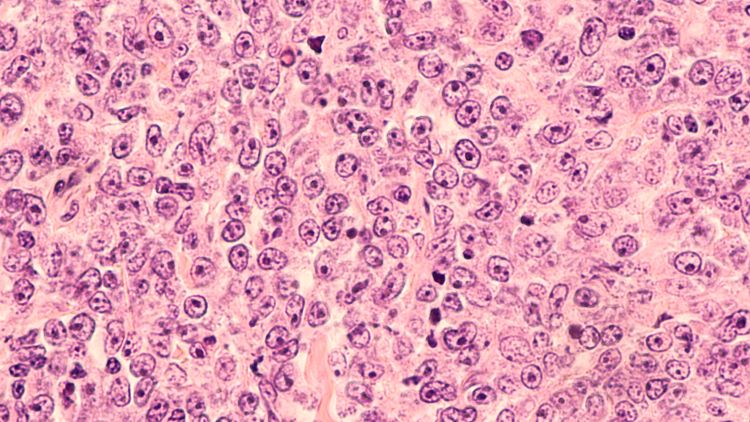 The European Commission (EC) has granted conditional marketing authorisation for Zynlonta® (loncastuximab tesirine), a treatment for relapsed or refractory diffuse large B-cell lymphoma (DLBCL). Zynlonta is being developed by Sobi and ADC Therapeutics.

The approval follows a positive opinion by the European Medicines Agency’s Committee for Medicinal Products for Human Use in September. The EC decision is valid in all European Union member states, Iceland, Norway and Liechtenstein.

Zynlonta is a CD19-directed antibody drug conjugate (ADC). Once bound to a CD19-expressing cell, the ADC is internalised by the cell, where enzymes release a pyrrolobenzodiazepine (PBD) payload. The potent payload binds to DNA minor groove with little distortion, remaining less visible to DNA repair mechanisms. This ultimately results in cell cycle arrest and tumour cell death.

The EC approval is based on data from LOTIS-2, a Phase II multinational clinical study of Zynlonta involving 145 adult patients with relapsed or refractory DLBCL who had received two or more prior lines of systemic therapy.

“We are delighted by the European Commission’s approval of Zynlonta,” commented Anders Ullman, Head of Research & Development and Medical Affairs and Chief Medical Officer at Sobi. “We look forward to making Zynlonta available as a new treatment option to patients in the EU impacted by diffuse large B-cell lymphoma, a debilitating disease in haematology.”

In July 2022, Sobi entered into an exclusive licence agreement with ADC Therapeutics to develop and commercialise Zynlonta for use in haematology and other indications of large unmet medical need in Europe and most international markets. Under the terms of the agreement, the EC approval of triggers a $50 million milestone payment from Sobi to ADC Therapeutics.

“This approval marks a major milestone in our pursuit to expand the global reach of Zynlonta,” said Ameet Mallik, Chief Executive Officer of ADC Therapeutics.

In April 2021, the US Food and Drug Administration (FDA) granted accelerated approval for Zynlonta as a single-agent treatment for adult patients with relapsed or refractory DLBCL after two or more lines of systemic therapy.