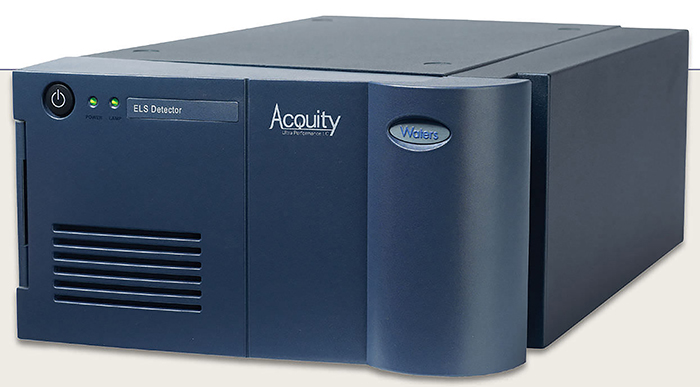 “Where is it?” That is the question often asked when an analytical chemist is first introduced to the Waters® ACQUITY QDa™ Detector. Pittcon conferees are likely to ask the same question when they get a first-hand look at this unique mass detector making its Pittcon debut in booth #3648. The Waters ACQUITY QDa Detector is the first mass detector to bring high-quality, mass spectral data to chromatographic separations.

The ACQUITY QDa Detector complements optical detection, such as the PDA detector, by confirming the identity of compounds with mass spectral information. Additionally, the ACQUITY QDa Detector extends the limits of sample detection for a chromatographic separation by quantifying compounds having no UV response or that are present at levels not detectable and quantifiable by optical detection. By simplifying laboratory workflows, the detector enhances the value of every analysis and increases productivity by eliminating the need to run additional assays or turn to time-consuming alternative techniques in order to establish with certainty the levels and identity of specific sample compounds.

“The ACQUITY QDa Detector is the realization of a vision that started 20 years ago at Waters,” said Art Caputo, President, Waters Division. “We foresaw a day when we could blend chromatography and mass spectrometry technologies together in a way that gives every analytical scientist access to mass spectral data regardless of their previous experience with mass spectrometry. The ACQUITY QDa Detector adds a whole new dimension to separation science and it is the most progressive leap forward in chromatography detection since the first photodiode detectors were introduced decades ago.”