Enhanced MS with the turn of a key… 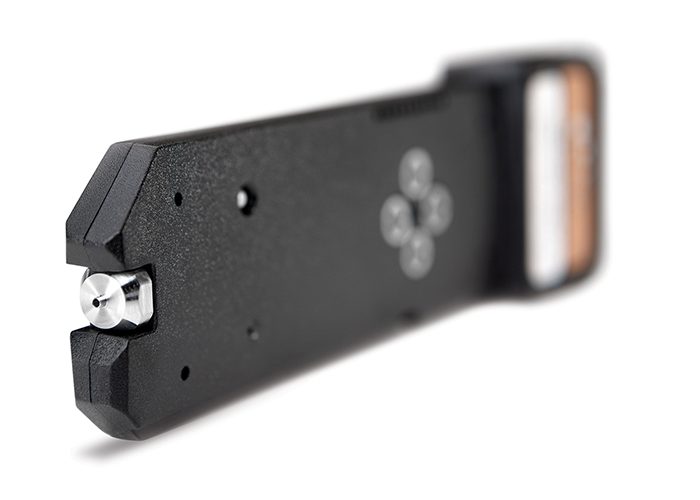 Waters Corporation (NYSE:WAT) today introduced the new Waters® ionKey/MS™ System, a new approach for getting exceptional sensitivity, robustness and ease-of-use out of mass spectrometry for applications as far-ranging as bioanalyses and pharmacokinetic studies to food safety and environmental analyses. Intended for use with Waters ACQUITY® UPLC® M-Class System and Xevo® TQ-S Mass Spectrometer, the Waters ionKey/MS System physically integrates a UPLC separation into the mass spectrometer producing a significant improvement in sensitivity, enabling scientists to achieve unparalleled separation and detection of compounds. Waters introduced the ionKey/MS System at the Pittcon Conference and Exposition March 2 – 6. Waters is making the ionKey/MS System immediately available to scientists on a worldwide basis.

“ionKey/MS will change how the world thinks about LC/MS. With ionKey/MS we are enabling any scientist to operate the most sensitive LC/MS analysis on the market, eliminating many variables and simplifying the user experience,” said Ian King Ph.D., Vice President, Separations Technology, Waters Division. “This can have a big impact by reducing training requirements and standardizing operations. With the ionKey/MS we have made it possible for scientists to reduce solvent and sample sizes. This results in more environmentally, ethically and economically –sound operation by lowering costs and solvent waste and reducing the amount of sample needed for analysis.”

In addition to the enhanced sensitivity, scientists praise the plug and play nature of ionKey/MS. Scientists no longer have to contend with delicate fittings and columns and concern themselves with extra column dispersion and the inevitable variability and band broadening that comes with it.

One scientist who has seen what the ionKey/MS System can do is Rand Jenkins, Ph.D. and Scientific Director of PPD Laboratories (www.ppd.com), a global contract research organization specializing in drug discovery, development, life cycle management and laboratory services. “I strongly believe that systems combining ease of use and optimum microflow performance, exemplified by Waters ionKey/MS, will be the next wave in both routine and advanced LC/MS analysis.”

The ionKey/MS System’s iKey Microfluidic Separation Device, which is about the size of a smart phone, contains the fluidic connections, electronics, ESI interface, column heater, eCord™ Intelligent Chip Technology and the 1.7 micron UPLC grade particles packed inside a 150 micron I.D. channel to perform hundreds upon hundreds of UPLC separations reproducibly and reliably without a degradation in performance. The Waters iKey separation device is designed so that all it takes is a few seconds for a scientist to insert it into the source of the mass spectrometer and with the turn of a key, make the fluidic and electric connections and lock it into place. Besides storing the iKey device’s dimensions, chemistry type, serial no., manufacturing and QC history, the unique eCord chip captures and records information such as operator name, instrument name, sample set name, date of first and last injection, total number of injections, observed back pressures and operating temperatures – useage data that is tied to the individual iKey device and is accessed with Waters Empower® Chromatography Data Software and MassLynx® Mass Spectrometry Software.

At this scale of chromatography, the savings in solvent approaches 90% and the ease-of-use that ionKey/MS System brings to the laboratory is a true gamechanger.

Initially, Waters is offering several 1.7 μm UPLC grade particles for the ionKey/MS System available in 5 cm and/or 10 cm pathlengths. They are:

At Pittcon, Jim Murphy, Principal Consulting Chemist, Waters Corporation will give an oral presentation on the development of the ionKey/MS System on Tuesday at 9:10 a.m. in Room S503a. His talk titled The Development of and Applications for a Ceramic Microfluidic UHPLC System is part of the Session titled Liquid Chromatography in Microfluidics: A Workhorse Tool is Going Small Scale.

For quantifying extremely low abundance analytes, researchers often turn to microscale LC techniques employing microfluidics because of their ability to produce clean spectra absent any background noise and for optimizing ion efficiency. In their 2014 article in the journal Bioanalysis, Merck scientists beta-testing the ionKey/MS System reported a >60-fold increase in sensitivity for GLP-1, a hormone peptide, and other selected analytes as compared to traditional 2.1mm chromatography. The method they developed on Waters ionKey/MS System reported achieved an overall 20-fold increase in sensitivity (0.5 picomoles vs. 11 picomoles) for endogenous levels of GLP-1 in human plasma, a faster run time (nine minutes vs. 35 minutes), increased specificity and resolution over a more traditional LC-MS/MS method.