…in patients with a rare and serious genetic disorder that causes high cholesterol. 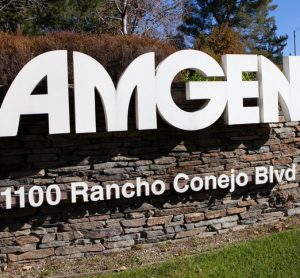 Evolocumab is an investigational fully human monoclonal antibody that inhibits proprotein convertase subtilisin/kexin type 9 (PCSK9), a protein that reduces the liver’s ability to remove LDL-C from the blood.2

“The data from the clinical studies evaluating evolocumab in patients with homozygous and severe familial hypercholesterolemia add to the growing body of clinical evidence supporting the effectiveness of our investigational cholesterol-lowering medication in multiple patient populations,” said Sean E. Harper, M.D., executive vice president of Research and Development at Amgen. “We are extremely encouraged by these results and look forward to initiating global regulatory filings this year.”

“These results are especially exciting as it’s the first time we’ve seen Phase 3 data for a PCSK9 inhibitor in patients with homozygous familial hypercholesterolemia. These patients are the most difficult to treat as many of them have fewer functioning LDL receptors than patients studied in previously reported Phase 3 trials with evolocumab,” said lead investigator Frederick J. Raal, M.D., University of Witwatersrand, Johannesburg, South Africa. “Data from the TESLA study showed evolocumab has the potential to offer additional LDL lowering for these patients who have extremely high levels of LDL or bad cholesterol because their liver cannot properly remove it from their bloodstream.”

In addition to data from the TESLA study, a preliminary analysis of the ongoing Phase 2/3 TAUSSIG study in five patients with severe FH due to PCSK9 gain-of-function mutations (including two receiving lipid apheresis therapy at baseline) was presented. A total of 12 AEs were reported in four patients on evolocumab. None of the AEs were serious and none resulted in permanent discontinuation of evolocumab. Additionally, the study showed that evolocumab 420 mg subcutaneous every two weeks or monthly for at least 12 weeks reduced mean LDL-C by 67 percent from baseline in five patients. Patients on apheresis were treated with evolocumab 420 mg every two weeks; all others were treated with evolocumab 420 mg monthly and could be increased to 420 mg every two weeks based on their clinical response.

“The interim 12-week results from the TAUSSIG study showed that evolocumab reduced cholesterol levels in patients with severe familial hypercholesterolemia who have markedly elevated LDL cholesterol levels due to a mutation in the PCSK9 gene, including those who also have LDL receptor mutations,” said lead investigator Mariko Harada-Shiba, M.D., National Cerebral and Cardiovascular Center Research Institute, Suita, Osaka, Japan. “We look forward to additional results from the long-term five-year TAUSSIG study, which will provide further insights on evolocumab in patients with this devastating disease.”

Elevated LDL-C is recognized as a major risk factor for cardiovascular disease.3,4 FH is an inherited condition caused by a gene mutation which leads to high levels of LDL-C at an early age. Patients can have either one of two types of FH, heterozygous or homozygous.1 Homozygous FH is the rare, more severe form of FH, occurring in approximately one in a million individuals.5 It can cause a four-fold increase in LDL-C levels (e.g., 400-1,000 mg/dL).1,6 Heterozygous FH (HeFH) is the more common type of FH and occurs in approximately one in 200 to 500 people.1,7,8 In general, individuals with HeFH have LDL-C levels twice as high as normal (e.g.,190-350 mg/dL).1,6