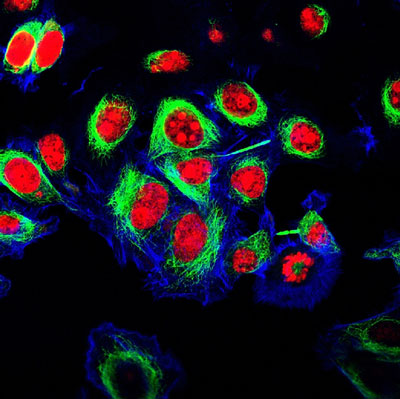 Clovis Oncology has announced that the U.S. Food and Drug Administration (FDA) has granted Breakthrough Therapy designation for the Company’s investigational agent rucaparib as monotherapy treatment of advanced ovarian cancer in patients who have received at least two lines of prior platinum-containing therapy, with BRCA-mutated tumours, inclusive of both germline BRCA (gBRCA) and somatic BRCA (sBRCA) mutations. 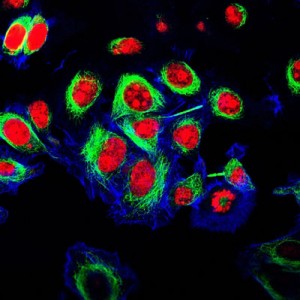 Rucaparib is an oral, potent inhibitor of PARP1 and PARP2 being developed for the treatment of platinum-sensitive ovarian cancer, specifically in patients with tumours with BRCA mutations and other DNA repair deficiencies beyond BRCA, commonly referred to as “BRCA-like” or “BRCAness.” The Breakthrough Therapy designation was granted based on interim efficacy and safety results from two ongoing Phase 2 studies of rucaparib in ovarian cancer, including a Phase 2 study in women with gBRCA mutations, and the ARIEL2 treatment study.

A clinical data update from the ARIEL2 study presented at the 2015 Annual Meeting on Women’s Cancer® demonstrated that seventy percent (16/23) of evaluable BRCA-mutant patients achieved a RECIST and/or CA-125 response, and 65% (15/23) achieved a RECIST response. Responses were observed in both germline and somatic BRCA-mutant tumours.

“It is a distinct achievement for a company our size to have been granted Breakthrough Therapy designation for two separate products under development, and especially in less than one year,” said Patrick J. Mahaffy, President and CEO of Clovis Oncology. “In the case of rucaparib, we believe it is in recognition of the encouraging response rate observed in women with BRCA-mutated advanced ovarian cancer treated with rucaparib, and this designation reinforces the unique profile of rucaparib among PARP inhibitors, as well as our leadership in the differentiated clinical development of a PARP inhibitor. This includes prospectively demonstrating meaningful activity in an additional group of advanced ovarian cancer patients whose tumours are not mutant BRCA, but whose tumours possess similar DNA repair deficiencies that behave like BRCA mutations. Rucaparib is the only PARP inhibitor to have shown activity in this broader, but still selected, patient population.”

“Women with ovarian cancer are in need of better therapeutic options, and there is great focus on the potential of PARP inhibitors; data presented to date in mutant BRCA patients treated with rucaparib are very encouraging, as is the Breakthrough Therapy designation conferred by the FDA,” said Robert L. Coleman, MD, Professor & Deputy Chairman, Vice Chair, Clinical Research, Ann Rife Cox Chair in Gynaecology, Department of Gynaecologic Oncology and Reproductive Medicine at University of Texas MD Anderson Cancer Centre in Houston and one of the two principal investigators of the ARIEL3 study. “I am very enthusiastic about the substantive progress made by Clovis with both rucaparib and its patient selection tool that appears to be moving beyond BRCA to efficiently identify responder versus non-responder populations. Continuing successful development of this drug and its companion diagnostic will be a huge advance for women with this disease. Importantly, these data suggest that the majority of women tested might benefit from rucaparib treatment. We hope that the ARIEL2 extension study in around 300 women, and the randomized ARIEL3 trial in 540 women, will offer definitive support both for rucaparib and the companion diagnostic.”

The next update of rucaparib clinical data, including outcomes data on the complete Part One ARIEL2 patient population, will be presented at the 2015 American Society of Clinical Oncology Annual Meeting.