Phase III trial results of the RTS,S vaccine candidate show that it helped protect children from clinical malaria for at least 3 years after vaccination… 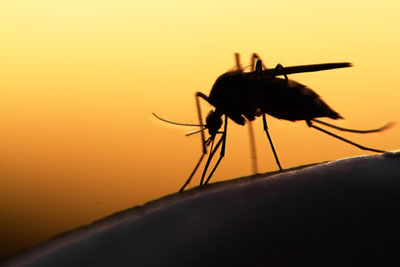 Final results from a large-scale Phase III trial of the RTS,S malaria vaccine candidate, including the impact of a booster dose, show that the vaccine candidate helped protect children and infants from clinical malaria for at least three years after first vaccination. 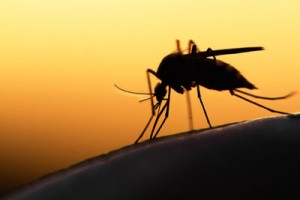 The results, published in The Lancet, demonstrated that vaccination with RTS,S, followed by a booster dose of RTS,S administered 18 months after the primary schedule, reduced the number of cases of clinical malaria in children (aged 5-17 months at first vaccination) by 36% to the end of the study and in infants (aged 6-12 weeks at first vaccination) by 26% to the end of the study. Efficacy decreased over time in both age groups. Without the booster dose, the 3-dose primary schedule reduced clinical malaria cases by 28% in children and 18% in infants to the study end. The efficacy of RTS,S was evaluated in the context of existing malaria control measures, such as insecticide treated bed nets, which were used by approximately 80% of the children and infants in the trial.

Statistically significant efficacy against severe malaria was observed only in children who received the booster dose of RTS,S

RTS,S continued to display an acceptable safety and tolerability profile during the entire study period.

The incidence of fever in the week after vaccination was higher in children who received RTS,S than in those receiving control vaccine. In some children who experienced fever, the febrile reaction was accompanied by generalised convulsions, but all those affected fully recovered within seven days.

The meningitis signal previously reported remains in the older age category, including two cases reported after the booster dose of RTS,S. This could be a chance finding, as comparisons were made across groups for many different diseases, and because some of these cases happened years after vaccination without any obvious relationship to vaccination. The occurrence of meningitis will be followed closely during Phase IV studies, if RTS,S is licensed.

RTS,S could have a real impact on malaria

Dr Kwaku Poku Asante, a principal investigator in the trial and chairperson of the RTS,S Clinical Trials Partnership Committeesaid “We finally have in our sights a candidate vaccine that could have a real impact on this terrible disease that affects many children during their first years of life. The large number of children affected by malaria, sometimes several times per year, means that this vaccine candidate, if deployed correctly, has the potential to prevent millions of cases of malaria.”

Dr Moncef Slaoui, Chairman Global Vaccines at GSK, said: “We are extremely encouraged that the results point to continued and significant public health benefit for those children whose lives are so disrupted by this awful disease. We might reasonably now expect that the impact of this vaccine candidate when used with existing interventions will allow more children to survive the early years which we know is the most dangerous time to be infected with malaria. We  are working hard to submit the necessary evidence to regulatory authorities and the World Health Organisation so that they can take an informed decision on whether the RTS,S vaccine candidate should be made available as an additional tool for malaria prevention.”

The European Medicines Agency (EMA) is currently reviewing the regulatory application for RTS,S through the Art. 58 procedure initiated in July 2014.