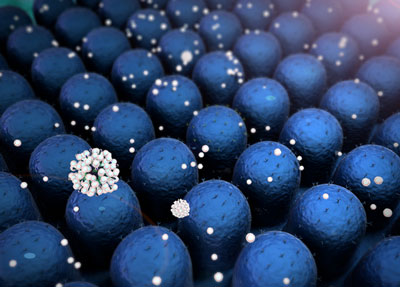 The UK’s National Institute for Health and Clinical Excellence (NICE) has provisionally recommended BioMarin’s Vimizim (elosulfase alfa) for the treatment of a very rare inherited lysosomal storage disease, if specific conditions are met. 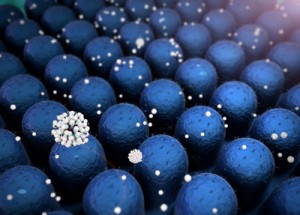 Vimizim treats mucopolysaccharidosis type IVa (also known as MPS IVa and Morquio A syndrome), an extremely rare but life-limiting disease. People born with the disease lack an enzyme – N-acetylgalactosamine-6-sulfatase – that breaks down large sugar molecules (glycosaminoglycans) the body’s cells can’t use. The resulting accumulation of glycosaminoglycans in the cells of tissues and organs causes a wide range of symptoms that typically appear in early childhood and worsen over time. These include joint and skeletal abnormalities, hearing and vision loss, heart valve disease, pain, fatigue, and progressive loss of endurance leading to increasing dependence on wheelchairs.

MPS IVa leads to reduced life expectancy – the average life expectancy in people with this condition is about 25 years – primarily because of respiratory failure and heart problems (63% and 15% of deaths respectively).

Vimizim is an enzyme replacement therapy consisting of the N-acetylgalactosamine-6-sulfatase enzyme. It replaces the enzyme lacking in people with MPS IVa.

Before Vimizim became available, there was no treatment for the underlying disease

Commenting on the draft guidance, Professor Carole Longson, Director of the Health Technology Evaluation Centre at NICE, said, “MPS IVa is a serious condition that severely affects both life expectancy and quality of life. We are therefore pleased to be able to provisionally recommend elosulfase alfa as a treatment option for people with this condition.

“After considering the comments received as part of the consultation on the previous draft guidance, as well as the testimony of patient and clinical experts at its recent meeting, the independent Evaluation Committee felt that, although elosulfase alfa improved some aspects of health compromised by the disease, and that health and quality of life improved significantly in some patients after treatment, the magnitude of overall long-term benefit offered by elosulfase alfa was uncertain.

“The drug is very expensive – the average cost per year for elosulfase alfa is £394,680 per patient based on the list price; although a confidential discount has been offered by the company as part of a patient access scheme. Overall, although the Committee was satisfied that there was sufficient evidence that some patients did well on elosulfase alfa, further exploration of its benefits and costs in routine clinical practice were needed.

“The Committee concluded that the company, clinical and patient experts and NHS England should make arrangements, as part of a managed access agreement, to generate evidence on the use of elosulfase alfa for treating MPS IVa through research and collection of ‘real-world’ data directly relevant to patients in the UK, including continued support of the MPS IVa registry.”

Before Vimizim became available there was no treatment for the underlying disease. Because the condition is so rare and the symptoms so diverse, there is no standard treatment or pathway of care. Management may include surgery for skeletal problems, respiratory support, drugs to manage heart disease, dental and eye care, pain relief, and hearing aids and ventilating tubes to manage deafness and middle ear effusions.

NICE has not yet issued final guidance to the NHS; these decisions may change after consultation. Consultees are now able to comment on the preliminary recommendations which are available for public consultation until midday on 23 September.

The draft guidance on Vimizim is available on the NICE website.