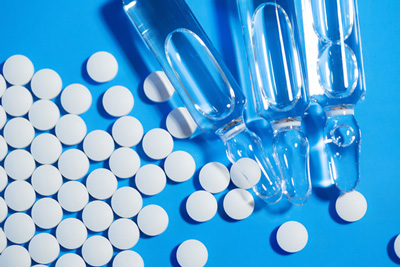 This indication includes NSCLC patients whose disease has progressed on or after treatment with an EGFR tyrosine kinase inhibitor (TKI) and patients with a T790M mutation who have not been treated with an EGFR-TKI.

Sean Bohen, Executive Vice President, Global Medicines Development and Chief Medical Officer at AstraZeneca, said: “The CHMP’s recommendation for osimertinib to receive marketing approval is a positive step for patients in Europe. This follows the recent US accelerated approval of osimertinib and its adoption in the UK under the Early Access to Medicines Scheme to meet urgent unmet need. Building on the breakthrough clinical evidence, we’re investigating osimertinib’s full potential as a monotherapy and in novel combinations with other precision medicines and immunotherapies from our comprehensive oncology pipeline.”

Osimertinib is an EGFR-TKI designed to inhibit both the activating, sensitising mutation (EGFRm), and T790M, a genetic mutation responsible for EGFR-TKI treatment resistance. Nearly two-thirds of patients with EGFRm NSCLC whose disease progresses after EGFR-TKI treatment develop the T790M resistance mutation, for which treatment options are limited.

Recommendation based on data from two Phase II studies

The positive CHMP recommendation has been received through the EMA’s Accelerated Assessment and follows the recent US Accelerated Approval of osimertinib by the Food and Drug Administration (FDA). In Japan, osimertinib was granted Priority Review by the Pharmaceuticals and Medical Devices Agency (PMDA). AstraZeneca says interactions with regulatory authorities in the rest of the world are ongoing.

AstraZeneca, Committee for Medicinal Products for Human Use (CHMP)

AstraZeneca, Committee for Medicinal Products for Human Use (CHMP)