IONIS-HTTRx is a Gen. 2.0+ antisense drug in development for the treatment of Huntington’s disease… 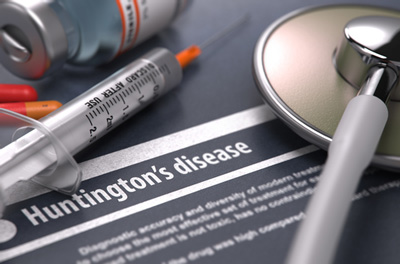 The US Food and Drug Administration has granted Orphan Drug Designation for IONIS-HTTRx for the treatment of Huntington’s disease.

IONIS-HTTRx is a Gen. 2.0+ antisense drug. It is the first therapy to enter clinical development that is designed to directly target the cause of the disease by reducing the production of the protein responsible. In Huntington’s disease, the gene that encodes for the HTT protein contains a trinucleotide sequence that is repeated in the gene more than 36 times. The resulting HTT protein is toxic and gradually damages neurons in the brain.

IONIS-HTTRx has also been granted orphan drug designation by the European Medicines Agency for the treatment of patients with HD.

“Huntington’s disease is a rare genetic neurological disease in which patients experience deterioration of both mental abilities and physical control. Although the toxic protein produced from the huntingtin (HTT) gene in Huntington’s disease patients has been a target of interest for many years, IONIS-HTTRx is the first therapy to enter clinical development that is designed to treat the underlying cause of this fatal disease. The granting of Orphan Drug Designation in both the US and Europe highlights the significant need for a drug that could transform the treatment of Huntington’s disease,” said C. Frank Bennett, Ph.D., senior vice president of research at Ionis Pharmaceuticals.

Orphan drug designation entitles seven years of market exclusivity in the United States if market approval is granted for IONIS-HTTRx for the treatment of patients with Huntington’s disease. Additional incentives include tax credits related to clinical trial expenses, an exemption from the FDA-user fee, and FDA assistance in clinical trial design.

Ionis Pharmaceuticals and Roche are collaborating on the development of the treatment. To date, Ionis has earned $52 million in upfront and milestone payments from its relationship with Roche and is eligible to earn additional milestone payments as the drug progresses in development, as well as royalties on sales of IONIS-HTTRx if it is commercialised. Roche has the option to license IONIS-HTTRx from Ionis through the completion of the Phase 1/2a study.