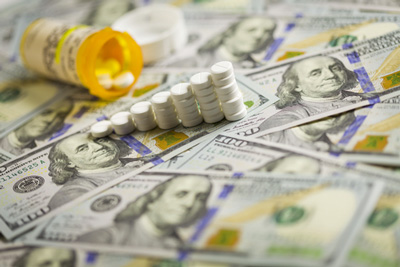 The bladder cancer treatment market is set to boom from an estimated $177.1 million in 2015 to over $646.6 million in 2017, as the launch of three new therapies over the next two years revitalises a largely stagnant arena, according to research and consulting firm GlobalData.

The company’s latest report, OpportunityAnalyzer: Bladder Cancer – Opportunity Analysis and Forecasts to 2017, states that the growth, which will occur across the six major markets of the US, France, Germany, Italy, Spain and the UK, will be primarily down to the introduction of Telesta Therapeutics MCNA and Roche’s atezolizumab in 2016 and Bristol-Myers Squibb’s Opdivoin 2017.

Cai Xuan, Ph.D., GlobalData’s Analyst covering Oncology, says: “Atezolizumab is on track to launch in the bladder cancer therapeutics space towards the end of 2016, and is one of many pipeline immune checkpoint inhibitors. This class of drugs has ignited substantial enthusiasm in recent years, as it has already shown efficacy in other difficult-to-treat cancers, including metastatic melanoma and lung cancer.

“As atezoliuzumab will be the first therapy of its kind to launch in this market, it will have a significant advantage, explaining why sales of the drug are forecast to account for 43.7% of the treatment space by 2017.”

Barriers may inhibit growth in the bladder cancer treatment market

GlobalData’s report also states that despite the clear the potential that the bladder cancer treatment market presents, there are several barriers that may inhibit growth.

Xuan explains: “Firstly, the majority of bladder cancer patients are over the age of 60, meaning that if they live in the US, they are entitled to receive insurance coverage through Medicare, which may negotiate lower drug prices through the pending Medicare Prescription Drug Price Negotiation Act.

“Secondly, reimbursement decision-makers, such as the UK’s National Institute for Health and Care Excellence (NICE), have rejected drugs developed for bladder cancer in the past on the basis of cost effectiveness, which means new entrants will need to demonstrate significant improvements in efficacy over existing standards-of-care to substantiate any premium price claims.”

Of the drugs launching in the six major markets by 2017, GlobalData expects atezolizumab and Opdivo to meet reimbursement criteria, on the assumption that they will be viewed as effective and more tolerable alternatives for metastatic patients, compared with the current treatment options of GemCis and Javlor.

NICE does not recommend esketamine for treatment-resistant depression

Study suggests Zolgensma will generate $2.5bn of global sales by 2025