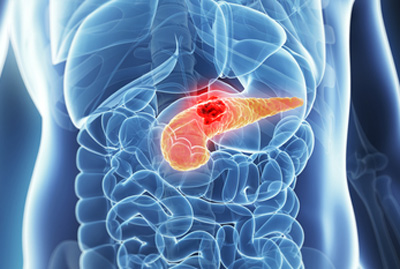 In particular, a post-hoc analysis of MPACT, the Phase III study of AG compared with gemcitabine alone in first-line metastatic pancreatic cancer evaluated the outcomes of patients who received a second-line treatment during an observational extension of the study.

A total of 347 (40%) patients received second-line therapy in the extension, and of those patients, the majority (77%, including 132 who had received AG in the first line and 135 who had received gemcitabine alone) received 5-FU-based therapies or capecitabine combinations.

A post hoc analysis of overall survival (OS) was conducted and demonstrated that patients who received AG, followed by second-line therapy had a median OS of 12.8 months, compared with 9.9 months for patients who received gemcitabine alone, followed by second-line therapy. Of patients receiving second-line therapies, the majority received 5FU or capecitabine-containing regimens and had a median OS of 13.5 months. Patients receiving Folfirinox (FFX) following AG had the longest median overall survival at 15.7 months. OS was calculated using the Kaplan-Meier method.

The analysis provided data demonstrating the feasibility of second-line treatment in patients with metastatic pancreatic cancer after first-line AG.

“As the body of research and approved options increase in pancreatic cancer, there is now evidence that second-line treatment is feasible and beneficial for certain patients with metastatic disease,” said Dr David Goldstein, medical oncologist at Prince of Wales Hospital in Sydney, Australia and the lead investigator of the analysis. “We are seeing an exciting evolution in the treatment of this disease and for patients and physicians, it is now time to consider a total treatment plan when choosing an initial therapy.”

Time to treatment discontinuation similar between AG and FFX

A retrospective cohort study performed using data from Navigating Cancer, an electronic medical record platform, sought to compare the time to treatment discontinuation and database persistence, used as a proxy for OS, between AG and FFX in the first-line setting.

The analysis showed that time to treatment discontinuation and database persistence for patients with first-line metastatic pancreatic cancer were numerically similar between AG and FFX. With the exception of the age of patients, which favoured FFX (median age 67 for AG years vs. 61.4 years for FFX), baseline characteristics were generally similar between the groups.

There was a higher incidence of adverse events (all grades) with FFX compared with AG (95% vs. 84%). Most common adverse events that led to discontinuation were anaemia, neutropenia and dehydration.