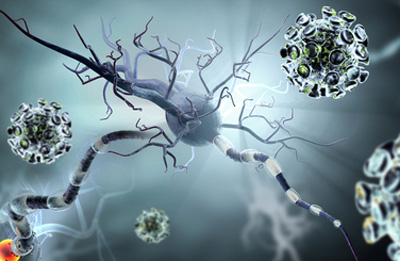 Celgene has announced 72-week results from the RADIANCE Phase II trial of ozanimod, an investigational selective S1P 1 and 5 receptor modulator, in patients with relapsing multiple sclerosis.

As previously announced, RADIANCE met its primary efficacy endpoint — reduction in the cumulative number of total gadolinium-enhancing (GdE) lesions, as determined by MRI, from week 12 to week 24. In the 48-week blinded extension portion of the study, patients originally randomised to ozanimod continued their assigned dose while patients in the placebo arm were randomised to either dose of ozanimod.

For patients who received the therapy continuously through week 72, the mean number of GdE lesions at week 72 was 0.4 for patients on the 0.5 mg dose and 0.2 for the 1 mg dose, similar to results obtained at week 24. For placebo patients switched after week 24 to either dose of ozanimod, the mean number of GdE lesions was decreased by up to 95 percent compared with that at week 24.

The unadjusted annualized relapse rate (uARR) was decreased in both ozanimod dose groups; a larger treatment effect was observed in the 1 mg dose group. For those on ozanimod continuously through week 72, the reduction in uARR was 0.43 for the 0.5 mg dose and 0.24 for the 1 mg dose at week 24, and 0.27 and 0.15, respectively, at week 72. Comparable results were seen in the groups switched from placebo to ozanimod after week 24.

No new safety or tolerability issues were identified

Reported adverse events (AEs) were similar across ozanimod dose groups; the most commonly reported non-laboratory treatment-emergent AEs were minor infections (nasopharyngitis, upper respiratory tract and urinary tract), back pain and headache. Maximum first-dose reductions from baseline in mean hourly heart rate were less than one beat per minute. Alanine aminotransferase at least three times the upper limit of normal was reported in 3-4 percent of patients through week 72.

“These data suggest that ozanimod has the potential to offer a new oral therapeutic option for patients with relapsing multiple sclerosis who seek therapies with different benefit-risk profiles to help manage their chronic disease,” said Scott Smith, President, Celgene Inflammation & Immunology. “The 72-week safety and efficacy results further demonstrate the potential promise of ozanimod. We look forward to the continued study of this compound in the two ongoing pivotal phase 3 clinical trials – SUNBEAM and the 2-year portion of RADIANCE.”