Celgene’s Imnovid and Abraxane recommended for use in Ireland

Celgene has announced that that of the Health Service Executive (HSE) of Ireland has recommended two cancer treatments: Imnovid and Abraxane… 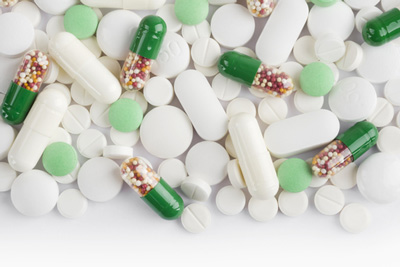 Celgene has announced that that the Primary Care Reimbursement Service (PCRS) of the Health Service Executive (HSE) of Ireland has recommended two cancer treatments: Imnovid and Abraxane.

Imnovid has been approved in combination with dexamethasone, as a treatment for adult patients with relapsed and refractory multiple myeloma who have received at least two prior treatment regimens, including both lenalidomide and bortezomib, and have demonstrated disease progression on the last therapy. Abraxane has been approved in combination with gemcitabine and will be available as a first-line treatment option for adult patients with metastatic adenocarcinoma of the pancreas.

Commenting on the recommendation of Imnovid, Dr Patrick Hayden, Consultant Haematologist and Chairperson of Myeloma Ireland, said: “We are delighted that eligible Irish patients with myeloma now have the option of treatment with Imnovid following approval by the HSE. Multiple myeloma remains an incurable disease and patients need to be able to access alternative treatment options. It is therefore very reassuring that Imnovid is now available for eligible patients in Ireland.”

Commenting on the recommendation of Abraxane, Ali Stunt, Founder and CEO of Pancreatic Cancer Action comments: “We are extremely pleased that Abraxane, in combination with gemcitabine, will now be available via the health service as a first line treatment option for people with metastatic pancreatic cancer in Ireland. Sadly, pancreatic cancer has a very poor outlook, with less than 20 per cent of patients living for at least one year after they are diagnosed, so it is vital that Abraxane, in combination with gemcitabine, which offers patients crucial extra survival time, will now be accessible to eligible pancreatic cancer patients in Ireland.”

Around 380 people are diagnosed with pancreatic cancer in Ireland each year, which is one of the top five most common cancer killers. Results from the MPACT (Metastatic Pancreatic Adenocarcinoma Clinical Trial) study demonstrated an increase in median Overall Survival of 1.8 months with Abraxane in combination with gemcitabine, when compared to gemcitabine alone.

Wim Souverijns, General Manager, Celgene UK & Ireland commented: “We are extremely pleased that eligible patients affected by both multiple myeloma and metastatic pancreatic cancer in Ireland will now be able to access Imnovid and Abraxane respectively.  It is encouraging that the Health Service Executive has recognised that these treatments can help Irish patients affected by these terrible diseases.”