In a study, abiraterone acetate plus prednisone provided an 11.8 months overall survival benefit compared to an active control of placebo plus prednisone… 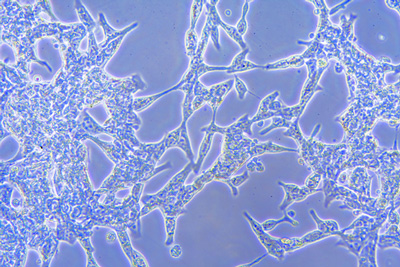 Janssen-Cilag International NV has announced data from a post-hoc analysis of the Phase III COU-AA-302 trial of Zytiga (abiraterone acetate) plus prednisone.

The data showed that abiraterone acetate plus prednisone provided an 11.8 months overall survival (OS) benefit compared to an active control of placebo plus prednisone  (53.6 months vs 41.8 months) in men with early and less aggressive chemotherapy-naïve metastatic castration-resistant prostate cancer (mCRPC).

Data from the post-hoc analysis demonstrated an increase in the OS benefit previously shown (4.4 months) in the final analysis of the COU-AA-302 trial (34.7 months abiraterone acetate plus prednisone vs 30.3 months placebo plus prednisone).

The post-hoc analysis divided patients into two groups to identify which group experienced a greater treatment benefit. The patients in Group 1 were in an earlier, less advanced and less symptomatic stage of the disease. Those in Group 2 were in a later, more advanced and more symptomatic stage of the disease. The analysis revealed that patients in both groups experienced an OS benefit when treated with abiraterone acetate plus prednisone, compared to placebo plus prednisone (Group 1: 11.8 months; Group 2: 2.8 months).

When used earlier, patients on abiraterone acetate may be able to delay more invasive treatments

Commenting on the data, Professor Kurt Miller, Department of Urology, Charité Berlin, Berlin, Germany, said: “Post-hoc analyses such as this are very important in helping us to identify the patients who could benefit most from therapies such as novel hormone agents, and at what stage of a patient’s disease they could be most effective. As men with prostate cancer are living longer, quality of life is an increasingly important factor for them and their families. It is therefore encouraging to see that when used earlier, patients can stay on abiraterone acetate for longer and delay the need for additional, more invasive treatments.”

In addition to OS benefit, the post-hoc analysis data also revealed that both groups showed improvement in disease progression, cancer-related pain and treatment duration when treated with abiraterone acetate plus prednisone, compared to placebo plus prednisone:

Jane Griffiths, Company Group Chairman, Janssen Europe, the Middle East and Africa (EMEA) said: “Janssen is proud that this study continues to deliver valuable insights as to how best to treat different stages of advanced prostate cancer. We hope that this additional analysis will help healthcare professionals to define the most effective treatment pathway for individual patients. We remain committed to continuing our research in this area with the aim of helping to improve outcomes for men affected by this disease now and in the future.”

FDA approves Palforzia for treatment of peanut allergy in children