Professor Paul Workman of The Institute of Cancer Research, which discovered abiraterone, said the recommendation was “a big victory for men”… 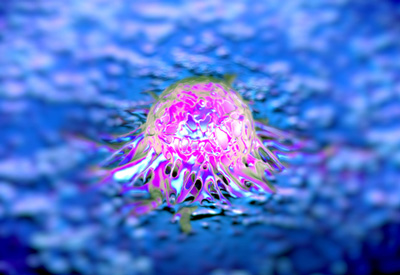 This is a change from the appraisal committee’s previous draft guidance decision.

Initial evidence submitted by the manufacturer to NICE failed to demonstrate the quality of life and long-term survival for patients receiving abiraterone, meaning NICE could not recommend the drug as indicated.

When requested, Janssen submitted new evidence focusing on a large group of patients treated with abiraterone in the USA. The data showed that 14% of these patients were still taking the treatment after 4.4 years. The appraisal committee expressed some concerns about whether these results could be generalised to the UK, but they recognised that the new data supported the case for some patients taking abiraterone for long periods of time. As such the committee has now concluded that the therapy is a cost-effective treatment option.

A “big victory for men”

Commenting on the final decision, Professor Carole Longson, Director of the Centre for Health Technology Evaluation at NICE said: “I am very pleased that the new evidence submitted has meant we are able to recommend abiraterone. There are few treatments available for patients at this stage of prostate cancer so this is very good news.”

Professor Paul Workman, Chief Executive of The Institute of Cancer Research, London, which discovered abiraterone, added: “We’re extremely pleased. This is a big victory for men in England with prostate cancer, and means they will finally catch up with the US, Europe and indeed Scotland in being able to access abiraterone earlier in the course of treatment. Abiraterone was discovered at the ICR’s laboratories in London, and it’s great that men with advanced cancer who are treated on the NHS will now routinely receive a drug that allows them to live longer and delay chemotherapy.

“The answer today is the right one, but I would urge NICE to implement the planned overhaul of its drug appraisal processes as soon as possible to avoid repeated delays in getting the best, most innovative treatments to patients. It’s been more than three years since NICE first started evaluating use of abiraterone pre chemotherapy, and it’s very frustrating that it has taken that long for NICE and the drug’s manufacturer to find a way of making it available cost-effectively.”