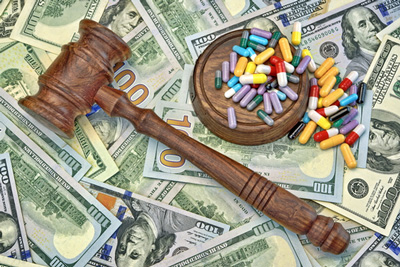 The decision follows litigation by Shire against Watson Pharmaceuticals (now Actavis) in connection with their Abbreviated New Drug Application (ANDA) for a generic version of Lialda.

Judge Donald M. Middlebrooks issued a ruling holding that Actavis’ proposed ANDA formulation infringes US Patent No. 6,773,720 (‘720 patent), the Orange Book listed patent for Lialda, which extends until 8 June 2020. Judge Middlebrooks entered an injunction prohibiting the FDA from approving the ANDA formulation until the expiration of the ‘720 patent and an injunction against Actavis prohibiting them from making, using, selling or importing their proposed ANDA product until after the expiration of the ‘720 patent.  This is the second patent infringement trial in which the proposed ANDA product from Actavis (formerly Watson) has been found to infringe the ‘720 patent.

Commenting on the announcement, James Harrington, Senior Vice President, Global Head of Intellectual Property, Shire, said: “Shire is very pleased that the court has once again ruled in our favour, reaffirming the validity of the patent protecting Lialda. This ruling supports the innovation and value we continue to bring to the patients who benefit from this important medicine that allows them to lead better lives.”