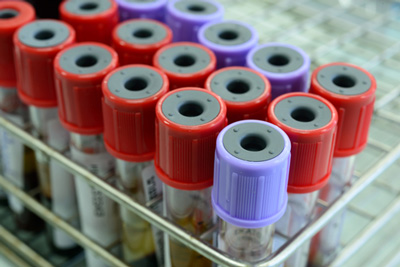 Known as the Antibody-Mediated Prevention (AMP) Studies and sponsored by the US National Institute of Allergy and Infectious Diseases (NIAID), the trials will test whether giving people an investigational anti-HIV antibody called VRC01 as an intravenous infusion every 8 weeks is safe, tolerable and effective at preventing HIV infection. With a projected enrolment of 4,200 adults, the trials also are designed to answer fundamental scientific questions for the fields of HIV prevention and vaccine research.

Laboratory studies have shown that VRC01 stops up to 90 percent of HIV strains worldwide from infecting human cells, and thus it is considered to be a broadly neutralising antibody.
In discussing the trials and VRC01, NIAID Director Anthony S. Fauci, M.D., said: “The AMP Studies could have a major impact on the future of HIV prevention and may be especially informative to HIV vaccine research. Many scientists believe that if a vaccine were developed that elicited broadly neutralising antibodies in healthy people, it would protect them from HIV infection. The AMP Studies will test this hypothesis by directly giving people the VRC01 antibody.”

In addition, the studies could clarify what level of broadly neutralising antibodies a vaccine or other long-acting HIV prevention method needs to achieve and maintain to provide sustained protection from the virus.

“The immediate goal of antibody-mediated prevention of HIV is for each VRC01 infusion to have a protective effect that lasts for many weeks,” said Protocol Chair Myron Cohen, M.D. “Such a long-acting HIV prevention regimen might be easier for some people to follow than a daily regimen of oral medication, as currently required to prevent HIV infection.”

The AMP Study that just launched, HVTN 704/HPTN 085, will take place at 24 sites in Brazil, Peru and the US, and will enrol 2,700 men and transgender people who have sex with men.
The second of the two AMP Studies, HVTN 703/HPTN 081, is planned to launch later this spring, enrolling 1,500 sexually active women at 15 sites in Botswana, Kenya, Malawi, Mozambique, South Africa, Tanzania and Zimbabwe.

The volunteers in both studies will be adults at high risk for HIV infection, but HIV-negative when they enter the study.

In each trial, volunteers will be assigned at random to receive an intravenous infusion of either VRC01 at a dose of 30 milligrams per kilogram (mg/kg), VRC01 at a dose of 10 mg/kg, or a saline solution (a placebo). Neither the volunteers nor the study investigators will know who receives which type of infusion until the end of the study. Volunteers will receive a total of 10 infusions, once every 8 weeks, and then will be followed for 20 more weeks. The results of the trials are expected in 2022.

Volunteers will be tested for HIV infection once every 4 weeks and at any time after reporting possible exposure to the virus. Those who test positive for HIV will stop receiving infusions but will remain in the study for follow-up and will be referred to professionals in their communities for appropriate medical care.

All volunteers will receive the standard care for preventing HIV infection, including condoms and lubricant, counselling on how to reduce behaviours that increase risk for infection, and counselling and referral for antiretrovirals to take immediately following suspected exposure to HIV (post-exposure prophylaxis). In addition, volunteers in the AMP Studies will be referred to available local programmes where they may obtain the oral medication Truvada to take daily for HIV prevention, a highly effective practice called pre-exposure prophylaxis (PrEP). Volunteers’ access to PrEP will expand as more host countries approve Truvada for PrEP and develop the infrastructure to support its use. The AMP Studies have been designed so investigators will be able to discern a preventive effect from VRC01 even if some participants are taking PrEP.