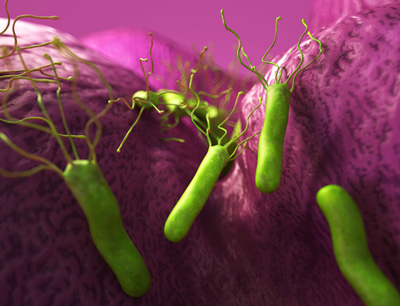 RedHill Biopharma has concluded a positive Type B Meeting with the US Food and Drug Administration (FDA) regarding the path to marketing approval of RHB-105 and the planned confirmatory Phase III study.

RHB-105 is a proprietary, fixed-dose, oral combination therapy for the eradication of H. pylori infection.

Commenting on the news, Gilead Raday, Chief Operating Officer of RedHill, said: “We are very pleased with the outcome of the FDA meeting and would like to thank the Agency for its constructive feedback. The FDA meeting provided a pathway for potential marketing approval of RHB-105 in the US We plan to initiate the RHB-105 confirmatory Phase III study discussed with the FDA during the second half of 2016 and hope to bring this new potential blockbuster drug to the market as soon as possible as a best-in-class, first-line therapy for eradication of H. pylori.”

RedHill met with the FDA to discuss the successful results of the recently completed first Phase III study with RHB-105 (the ERADICATE Hp study) and the proposed design of the confirmatory Phase III study for the treatment of H. pylori infection. As a result of the productive and supportive feedback received from the FDA, RedHill intends, subject to finalisation of the FDA meeting minutes, to complete the design of the planned confirmatory Phase III randomised, double-blind, active comparator, two-arm clinical study, comparing RHB-105 against a high dose amoxicillin and omeprazole regimen.

As per FDA recommendation, RedHill will complete a supportive pharmacokinetic (PK) programme prior to initiating the confirmatory Phase III study in the second half of 2016. Subject to a successful outcome, the confirmatory Phase III study and supportive PK programme are expected to complete the clinical package required for a US New Drug Application (NDA) for RHB-105.

H. pylori infection is estimated to affect over half of the adult population worldwide. The growing resistance of the H. pylori bacteria to metronidazole and clarithromycin has resulted in increasing failure rates of current standard-of-care therapies (SoC) for H. pylori eradication, reaching an estimated 30%. Despite the strong unmet medical need, no new drug has been approved by the FDA for this indication in over a decade. The 2015 US and global market potential for H. pylori eradication therapies, at current branded prices, were estimated at approximately $1.45 billion and $4.83 billion, respectively, and could potentially grow with increasing awareness of the health risks associated with H. pylori infection and the benefits of its eradication.