Lilly’s psoriasis drug Taltz (ixekizumab) is set to generate sales in excess of $1 billion in the US and Europe by 2022 due to its high clinical efficacy and good safety profile, according to an analyst with research and consulting firm GlobalData. 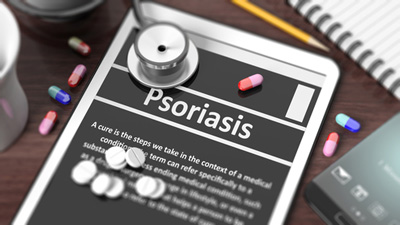 Alexandra Annis, MSc, GlobalData’s Analyst covering Immunology, states: “Taltz has a shared mechanism of action with Cosentyx, and GlobalData anticipates it could be used ahead of a TNF inhibitor in biologic- and/or TNF-naïve patients in the psoriasis space. Although it will be competing with Cosentyx, which has a significant first-to-market advantage, Taltz offers more convenient dosing.

“The recommended dosing for Taltz is an initial 160 milligrams (mg) subcutaneous (SC) injection followed by an 80mg SC injection once every two weeks for 12 weeks, then 80mg every four weeks. In comparison, 300mg of SC Cosentyx is administered once a week, followed by 300mg every four weeks. In this way, Taltz will hold an edge in the anti-IL-17A market for psoriasis.”

The threat of Valeant’s brodalumab

In terms of competition GlobalData believes Taltz may face within the anti-IL17 class, Valeant’s brodalumab may pose a threat, which is in pre-registration in the US and Europe for plaque psoriasis.

Annis concludes: “Although the drug has garnered safety concerns recently surrounding increased suicidal tendencies, brodalumab demonstrated clear superiority over Stelara in two head-to-head clinical trials, AMAGINE-2 and AMAGINE-3, and established itself as one of the most effective psoriasis drugs developed to date.

“Despite the competition, GlobalData anticipates Taltz will become a blockbuster therapy due to its exceptionally high clinical efficacy.”