Free membership: sign up today to access all of our exclusive content
Last chance to register for the webinar on 29 September 15.00 BST by Thermo Fisher Scientific – Delivering value: how LIMS can enable data integrity in pharma manufacturing
Application Notes & Whitepapers Supplement: read the latest applications and advice from industry experts
Join our free live webinar with Charles River on 15 October at 15.00 BST to learn more on the analytical reality of recombinant endotoxin technologies
Our latest issue is now available to download: articles include the promise of virally vectored DNA and mRNA vaccines to combat COVID-19
NEW FREE WEBINAR with B&W Tek, A Metrohm Group Company 27 October 15.00 BST ‘Quantitative transmission Raman for content uniformity testing’ register now!
Did you miss our QA/QC & Analytical Techniques In-Depth Focus? Read the articles today!
news

NICE has announced it will not be recommending pertuzumab to treat HER2-positive breast cancer because it is uncertain of the long term benefits for patients. 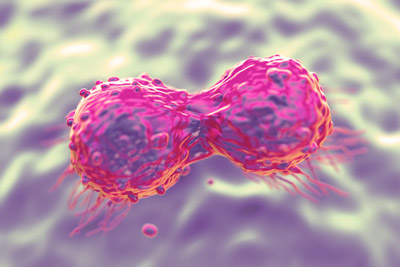 NICE has announced it will not be recommending pertuzumab to treat HER2-positive breast cancer because it is uncertain of the long term benefits for patients.

NICE has today issued draft guidance not recommending pertuzumab (Perjeta, Roche Products) to treat HER2-positive breast cancer[1] because it is uncertain how the responses to treatment seen in the clinical trials translate into long term benefits for patients.

Pertuzumab is licensed for use in combination with trastuzumab (Herceptin) and docetaxel (a type of chemotherapy) before breast cancer surgery to shrink the cancer so that it becomes operable.

The draft guidance looks at pertuzumab used in this way to treat HER2-positive breast cancer that is locally advanced, inflammatory, or early-stage and at high risk of coming back[2].

The committee concluded that there was a lack of long-term evidence comparing pertuzumab with other treatments used before breast cancer surgery. There was evidence that adding pertuzumab to trastuzumab and docetaxel was more successful at getting rid of cancer in the breast and lymph nodes before surgery but it was very uncertain about the extent to which this would reduce the risk of the disease recurring and result in longer survival.

Over 50,000 women and around 340 men are diagnosed with breast cancer each year in the UK[3] with about 10-15% of these characterised as HER2-positive breast cancer.

“The committee needed to have more evidence of its long-term clinical benefits, particularly its impact on overall survival”

Sir Andrew Dillon, NICE chief executive, said: “In order to be able to recommend pertuzumab as an addition to trastuzumab and chemotherapy, the committee needed to have more evidence of its long-term clinical benefits, particularly its impact on overall survival.

“On the basis of the evidence presented, the committee was very unsure about the extent of these benefits.

“Taking all the uncertainties around the clinical effectiveness of pertuzumab into account, as well as uncertainties with the economic data presented by the company, the committee concluded that it could not recommend the drug for the treatment of HER2-positive breast cancer before surgery as a good use of NHS resources.”

Consultees, including the company, healthcare professionals and members of the public are able to comment on the draft recommendations via the NICE website until Monday 13 June 2016. All comments received during this consultation will be considered by the committee and a second draft of the guidance will then be published. If there are no objections at that stage, NICE will publish final guidance to the NHS.

[3] These figures have been taken from Cancer Research UK’s website and were calculated from data provided by the Office for National Statistics, the Northern Ireland Cancer Registry, Welsh Cancer Intelligence and Surveillance Unit and ISD Scotland. More information can be found here.