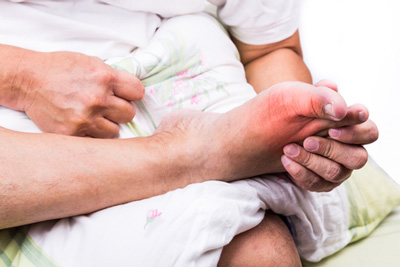 Grünenthal has entered into a licensing agreement with AstraZeneca for the exclusive rights to Zurampic (lesinurad) in Europe and Latin America.

Zurampic is the first in a new class of medicines called Selective Uric Acid Reabsorption Inhibitors (SURI) that work selectively to complement xanthine oxidase inhibitors (XOIs) in the treatment of hyperuricemia (excess of uric acid in the blood) associated with uncontrolled gout. Zurampic was approved by the European Medicines Agency (EMA) in February, in combination with an XOI, for the adjunctive treatment of hyperuricemia in adult patients with uncontrolled gout.

Grünenthal will acquire the exclusive rights to Zurampic in all 28 European Union member states, Switzerland, Iceland, Norway and Lichtenstein, and in all Latin-American countries including Mexico, the Dominican Republic and Cuba. In addition, Grünenthal will also obtain the exclusive rights to the fixed-dose combination of lesinurad and allopurinol in these markets. This combination is currently in clinical trials.

Grünenthal to pay $230 million to AstraZeneca

Under the terms or the agreement, Grünenthal will submit the fixed-dose combination programme for regulatory review and will pay AstraZeneca up to $230 million in sales and other related milestones over the lifetime of the contract. Grünenthal will also pay tiered, low double-digit royalties on annual Product Sales. AstraZeneca will initially manufacture and supply Zurampic to Grünenthal and will undertake the European post-approval commitment on Grünenthal’s behalf. From 1 October 2021, Grünenthal has the option to take over manufacturing of Zurampic.

Commenting on the agreement, Luke Miels, Executive Vice President, Global Product and Portfolio Strategy, AstraZeneca, said: “Grünenthal has an established presence across European and Latin American markets and extensive expertise in inflammatory diseases. This agreement allows us to further focus our resources on our strategic priorities.”

Prof. Dr. Eric-Paul Pâques, CEO, Grünenthal, added: “Zurampic is a strong addition to our existing portfolio of innovative therapies in the areas of inflammatory diseases and chronic pain. We will thus use our capabilities to provide patients in our markets with this innovative new medicine to better control their condition.”