A post-hoc analysis of the Phase III ASPIRE study highlighted the benefit of continued treatment with Kyprolis, lenalidomide and dexamethasone (KRd)… 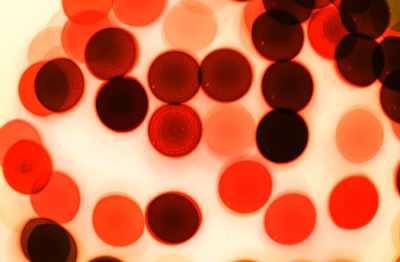 Amgen has announced results from a post-hoc analysis of the Phase III ASPIRE study which highlighted the benefit of continued treatment with Kyprolis (carfilzomib) in combination with lenalidomide and dexamethasone (KRd) in patients with relapsed multiple myeloma.

Separate sub-analyses of the Phase III ENDEAVOR study further confirmed efficacy and depth of response benefits of Kyprolis plus dexamethasone (Kd). These results were presented at the recent European Hematology Association (EHA) congress.

Results from the ASPIRE analysis showed that cumulative rates of complete response or better (>CR) continued to increase over time in the KRd arm, most quickly in the first 15 months of treatment. In addition, the progression-free survival (PFS) hazard ratio (HR) at 18 months was 0.58, while the overall study HR at 31 months was 0.69, possibly related to patients in the KRd arm receiving Kyprolis for a maximum of 18 months. Researchers assessed PFS HR at 18 months following discontinuation of Kyprolis treatment in the KRd arm per the trial protocol. The most common all grade treatment-related adverse events in the ASPIRE trial included neutropenia, anaemia, fatigue and thrombocytopenia.

Other abstracts demonstrating the benefit of Kyprolis

Six additional abstracts presented at EHA further demonstrate the benefit of Kyprolis-based regimens across a range of patient populations. For example, data analysed in four presentations across patient subgroups from the ENDEAVOR trial showed that patients with relapsed or refractory multiple myeloma who were treated with Kd achieved superior PFS compared to those receiving bortezomib plus dexamethasone (Vd). A secondary analysis of data from the ENDEAVOR study found treatment with Kd compared to subcutaneous bortezomib led to prolonged PFS regardless of prior bortezomib treatment. The results suggest Kd has a favorable benefit-risk profile and delivers superior efficacy and improved clinical outcomes.

A separate presentation analysed the efficacy and safety of Kyprolis according to baseline cytogenetic risk status, based on data from the Phase III ASPIRE trial in which KRd demonstrated a significant improvement in PFS compared to lenalidomide and dexamethasone alone.

Commenting on the data for the therapy, Sean E. Harper, M.D., executive vice president of Research and Development at Amgen, said: “This abundant clinical research provides substantive, meaningful evidence for Kyprolis as a foundational therapy for relapsed or refractory multiple myeloma patients.”