Takeda has dosed the first subject in a Phase IIb field efficacy trial of its norovirus vaccine candidate, TAK-214… 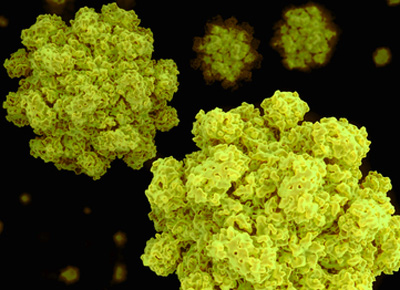 “We are excited to be on the frontline of development of a vaccine against norovirus,” said Rajeev Venkayya, MD, President of Takeda Vaccines. “The progress of our norovirus programme, along with our efforts in dengue, polio and hand foot and mouth disease, demonstrates our commitment to tackling important infectious diseases that affect populations everywhere.”

TAK-214 is designed to cover the two genogroups

The vaccine candidate uses virus-like particle (VLP) antigens, which are proteins that precisely mimic the outer surface of norovirus. The vaccine includes antigens from genotypes GI.1 and GII.4, to represent both of the genogroups that cause the majority of human illness. Virus-like particle vaccines against human papilloma virus and hepatitis B virus have been licensed by major regulatory bodies including the US Food and Drug Administration, the European Medicines Agency and the Japanese Ministry of Health, Labour and Welfare. Results from Phase I and Phase II studies of Takeda’s norovirus vaccine candidate showed the vaccine is generally well-tolerated and was associated with a reduction in disease symptoms and severity in a human challenge study, which evaluated healthy adults’ responses following exposure to live norovirus.

Robert Goodwin, PhD., Vice President and Global Norovirus Program Head for Takeda Vaccines, commented: “This trial moves us one step closer to putting an important tool for prevention in the hands of individuals, families and public health systems around the globe.”

Find out more about the cost of norovirus below: 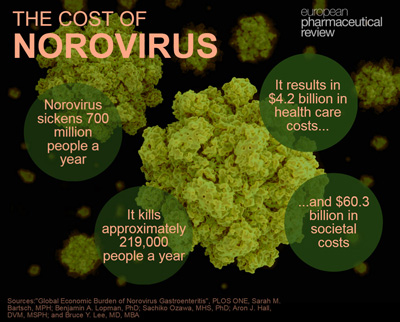