SMC accepts five new medicines for use in NHS Scotland 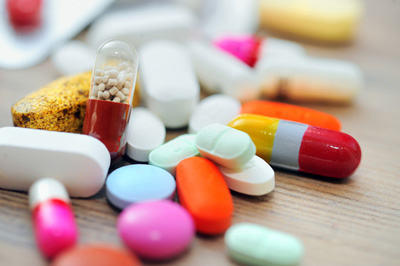 The Scottish Medicines Consortium (SMC) has accepted five new medicines for routine use in NHS Scotland.

Bristol-Myers Squibb’s Opdivo (nivolumab) was accepted for the treatment of a different form of lung cancer known as squamous non-small cell lung cancer (NSCLC). NSCLC is a particularly aggressive sub-type of lung cancer with few treatment options, and patients tend to be diagnosed with late stage disease and often have a poor prognosis. Nivolumab works by increasing the ability of the immune system to kill cancer cells. It can offer patients an extra three to four months survival time and improved quality of life, which is extremely valuable in the context of a limited overall survival time of around six months.

Commenting on the approval of nivolumab, Johanna Mercier, General Manager of Bristol-Myers Squibb UK & Ireland, said: “Today’s decision gives Scottish NHS patients the chance to benefit from one of the biggest treatment advances in this type of lung cancer for decades and one that has the potential to change future survival expectations.”

However, Johanna pointed out that patients in the rest of the UK are still waiting for access to the drug: “While this decision is positive news for lung cancer patients in Scotland, it will further compound the disappointment of patients in the rest of the UK, who are still waiting for access to this medicine. This demonstrates how antiquated the current UK system for reviewing new cancer medicines is and the disparity that it creates for patients and their families. We call on the UK Government to bring an end to the outdated processes that, in 2016, still mean that a person’s ability to access a cancer medicine on the NHS is determined not by their needs, but by where they live.”

Pfizer’s Xalkori (crizotinib) was accepted by the SMC for the treatment of a very rare form of advanced, incurable lung cancer  where the cancer cells contain certain defects affecting the gene responsible for a key protein called anaplastic lymphoma kinase (said to be ‘ALK positive’). Crizotinib targets this specific kind of cancer cell and as such is thought to be a therapeutic advancement. Average survival for those with this type of cancer is less than a year. Crizotinib can delay progression of the disease for an average of four months, giving patients valuable extra time with a better quality of life in the context of the limited overall survival time. As the medicine is taken orally it also reduces the number of hospital visits required compared to the current treatment option which is chemotherapy. Crizotinib may also have fewer side effects compared to chemotherapy.

Brintellix (vorioxetine, Lundbeck and Takeda) is a new type of antidepressant that also gets the ‘green light’ from the SMC. The SMC says vortioxetine offers a further treatment option for patients who don’t respond to other antidepressants and it may also be associated with fewer side effects in some patients.

Novartis’ Cosentyx (secukinumab) is a medicine which is used to treat ankylosing spondylitis.  Most patients tend to be diagnosed before the age of 45 and therefore tend to have work and family commitments which can be affected by their condition. Secukinumab offers a further treatment option for this patient group.

Also accepted was UCB’s Briviact (brivaracetam) for difficult to control a specific type of epilepsy (partial-onset seizures). Brivaracetam offers an additional treatment option, particularly for those patients who have had side effects with currently available treatments.

Commenting on the approvals, SMC chairman Professor Jonathan Fox said: “We are pleased to be able to accept these five medicines for routine use in NHS Scotland. From what patient groups and clinicians told us during the PACE meetings, we know that crizotinib and nivolumab for two different types of lung cancer will be welcomed.”

Professor Fox added: “Additional treatments for depression and severe epilepsy are always welcome, while secukinumab may help those with ankylosing spondylitis who have responded inadequately to conventional therapy have a better quality of life.”

The importance of labelling compliance for pharma