Diamonds are renowned for their exquisite beauty and unrivalled durability, but they also are highly prized by scientists and engineers for their exceptional optical and physical properties. In a first-of-its-kind demonstration of diamond’s promising technological applications, a team of engineers from Harvard University has developed a new class of Raman laser small enough to operate […] 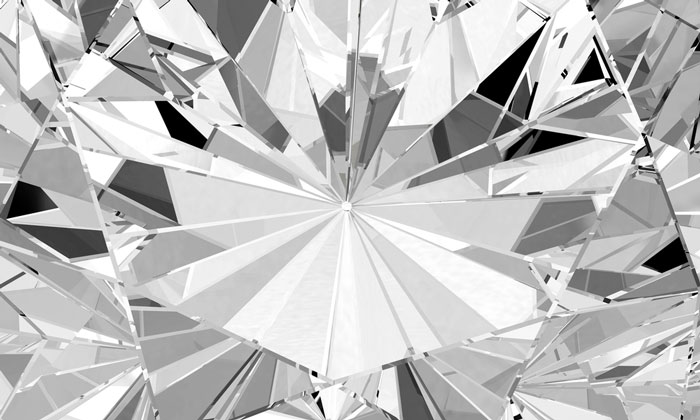 Diamonds are renowned for their exquisite beauty and unrivalled durability, but they also are highly prized by scientists and engineers for their exceptional optical and physical properties. 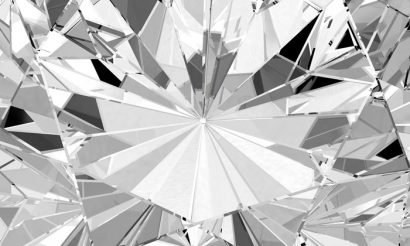 In a first-of-its-kind demonstration of diamond’s promising technological applications, a team of engineers from Harvard University has developed a new class of Raman laser small enough to operate on a photonic chip. This optical component uses a nanoscale racetrack-shaped diamond resonator to convert one frequency of laser light to an entirely different range of wavelengths, opening up new possibilities for broadband data communications and a host of other applications.

“We present the first observation of Raman lasing in a diamond based device integrated onto a silicon chip,” said Vivek Venkataraman, Lončar Laboratory, Harvard University and co-author on the paper. “This is, by far, the lowest operating power diamond Raman laser to date, and the longest wavelength produced in any kind of on-chip Raman laser.”

According to the research team, this demonstration marks diamond as only the second material besides silicon to show Raman lasing in a completely integrated photonic chip, which opens up promising new areas of research for both short-and-long range optical communications.

Current on-chip lasers used in telecommunications operate at a narrow range of wavelengths around 1.55 microns. Though efficient, this limits the amount of data that can be transmitted through optical fibers. The ability to transmit and manipulate light across a broader range of wavelengths would help to alleviate some of the growing bottlenecks in telecommunications.

An efficient means of achieving this change of color or wavelength of a laser is through an optical phenomenon known as stimulated Raman scattering. If enough optical energy is pumped into a material, a small fraction of the input light loses energy to atomic vibrations and is shifted to a specific lower frequency. This results in amplification for the lower frequency shifted wave, which when combined with an optical resonator – a device that can trap and contain light for a brief period of time – can yield a Raman laser. Such Raman lasers are well-known in optics and have applications in medical devices, chemical sensing and telecommunications.

Though Raman lasing has been achieved in silicon, this material is not transparent across a wide range of colors, limiting its use to a few specific applications. Diamonds, on the other hand, are transparent across the ultraviolet, visible and infrared parts of the electromagnetic spectrum. Diamond can also use Raman scattering to provide giant color shifts across the entire spectrum. However, Raman lasers in diamond are traditionally made from bulky plates in macroscopic cavities. They also require careful alignment of components and comparatively high energy to operate. These factors have limited the ways they can be integrated into chip-based technologies.

The researchers were able to harness diamond’s stellar optical capabilities and create a new class of Raman laser by designing a nanoscale circular diamond resonator on a photonic chip.

The device works by sending pump laser light of one frequency down an optical waveguide that passes within hundreds of nanometers of the resonator allowing the light to, in essence, jump the tracks and begin racing around the circular resonator.

As a constant stream of pump photons flows into the resonator, each photon travels hundreds of times around the track until the light intensity builds up and Raman scattering produces lower energy photons known as Stokes photons. These Stokes photons, which are now at a different color, also circle around the resonator many times and stimulate the scattering of more pump photons into Stokes photons, eventually producing the coherent light of a laser. The new laser light then couples out of the resonator in the same process as before only in reverse, where it can be directed anywhere and used for a variety of applications.

Bridging Diamond and Silicon on the Nanoscale

To make the diamond micro-resonators, the researchers used standard nanofabrication techniques. First, a diamond thin film is bonded to the surface of a silicon chip. The desired pattern is written via electron beam lithography and then etched onto the surface using an oxygen plasma. The oxygen reacts with the carbon of the diamond producing carbon dioxide gas, which simply evaporates away, leaving the circular resonator pattern in its place.

“The manufacturing process is quite simple and enables us to produce resonators of multiple shapes and sizes that could be easily integrated into existing optoelectronic technologies,” said Pawel Latawiec, Lončar Laboratory, Harvard University and co-author on the paper.

The Raman laser reported in the paper works at wavelengths near two microns, which has been identified for next generation optical telecommunication networks.

The researchers also report that since diamonds are transparent across almost the entire optical spectrum, the operating principle they demonstrate can be readily translated to other wavelength ranges simply by using different pump lasers.

“Ours is a proof-of-principle demonstration,” noted Venkataraman, “and many aspects can be further optimised and improved for a commercial product. But these are all engineering and technological improvements and the physics itself is well understood and demonstrated to work.”

By The Optical Society