Emblem acquires land in preparation for the cannabis market 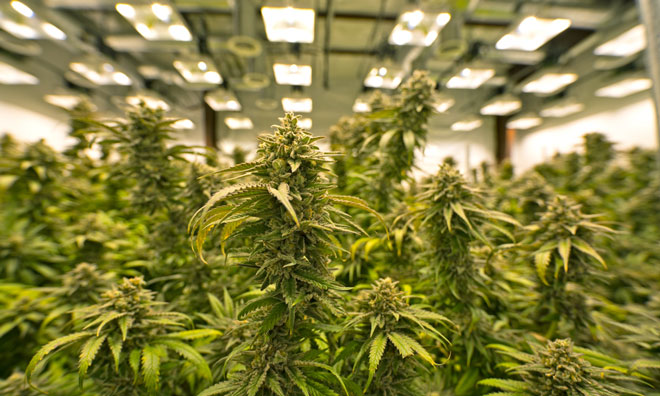 Emblem has agreed to purchase two contiguous parcels of land, aggregating approximately 80 acres of industrially zoned land within very close proximity to the company’s current production facilities in Paris, Ontario, in preparation for the anticipated demand for cannabis and cannabis derived products stemming from the proposed legalisation of adult recreational use in Canada.

The aggregate purchase price for the land is $7.7 million.

Emblem intends to break ground on the newly acquired land during the third quarter of 2017 to execute on the design and build of its initial 100,000 sq. ft. state-of-the-art facility, with 60,000 sq. ft. dedicated to production and the remaining 40,000 sq. ft. allocated to support services and administrative functions. Once operating at an optimal level, the company expects this facility to produce up to 20,000 kilograms of dried cannabis, translating to approximately $160.0 million in potential sales based on the company’s current average selling price of approximately $8.00 per gram (or equivalent derivative product) and production capacity assumptions.

Emblem currently has approximately $33.0 million of cash on hand and about $34.0 million of “in-the-money” warrants, a portion of which are callable. Through its existing capital structure, the company expects to be able to complete the first 100,000 sq. ft. production capacity expansion on its newly acquired land in Paris, Ontario without the need to raise additional capital. The company expects to complete that expansion in time to address the anticipated demand for its dried flower and derivative products in the adult use market proposed to be introduced across Canada.

It is likely that the Company will require additional funding for the construction of its second and third 100,000 sq. ft. production facilities.

This is in addition to the company’s expected revenue contribution from its pharmaceutical focused medical cannabis business.

Emblem is committed to the development of “closed box” indoor production facilities. It is generally recognised that dried flower will constitute the largest portion of the Canadian adult use market. The production of high quality dried flower requires stringent control of both temperature and humidity during the cultivation cycle. The production of high quality dried flower will require licensed producers to make extensive investments in environmental control systems (principally chiller and boiler capacity). Emblem’s closed box architecture will involve extensively insulated, enclosed structures that are expected to allow for the most efficient sizing and lowest capital cost for these environmental control systems relative to the volume of cultivation space. This highly insulated, closed box approach is also expected to result in lower operating costs for those environmental systems.

High quality dried flower also requires sequestration from the outside environment to protect the plant from exposure to contamination from spores and botanical hormones. Emblem’s building design is intended to isolate the cultivation process from exterior hazards.

The totally enclosed structures to be built by Emblem are designed to allow the company to seek the optimum environmental conditions for consistent cultivation of high quality dried flower product, at scale, and to aim to produce that product at the lowest operating cost.

This production methodology requires access to robust natural gas and electricity infrastructure to support the significant energy demands of large scale, superior quality cannabis production. The land acquired by Emblem provides access to high pressure, high capacity natural gas and high wattage electricity. In addition, in order to aim to become the lowest cost producer possible, Emblem intends to “go off the grid”. The high capacity natural gas connections available to the acquired land will fully support the gas-fired generation of electricity and co-generation of heat and CO2 which are expected to allow Emblem to materially lower its electricity costs and displace costs for heat and CO2.

The land acquisition is expected to allow Emblem to expand its medical cannabis business and, when legal, commence its adult use business without constraints on capacity. It is Emblem’s belief that a “build from within” approach to reaching full capacity will be materially more capital efficient compared to expansion through the acquisition of other licensed producers while avoiding all of the facility rehabilitation, management and personnel integration, and product quality issues over multiple platforms that are inherent in capacity growth through acquisition.