A new report shows that the UK is trailing behind the rest of Europe in the diagnosis and treatment of cancer. 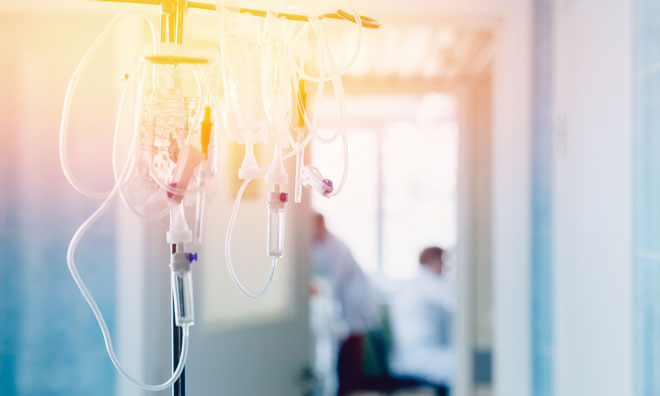 British patients have worse survival rates after five years – the international benchmark for measuring the quality of cancer care – compared to the European average in nine out of ten cancers – only exceeding the EU average in melanoma.

The report, commissioned by the ABPI, is a UK focused analysis which builds on the Swedish Institute for Health Economics’ (IHE) ‘European Cancer Comparator Report’, which reported on the state of cancer care in Europe over a 20 year period from 1995 to 2014. The new analysis is launched alongside an online toolkit which – for the first time – means the data can be used to easily compare UK and EU cancer care. The findings highlight the impact of lower investment in NHS cancer care than many of our European neighbours:

The report shows that, across Europe, increased investment in cancer care leads to improved patient outcomes. This includes investment in early diagnosis, patient access to optimal treatments – including surgery, radiotherapy and medicines – and support for cancer survivors.

The report also reveals the extent to which scientific breakthroughs achieved in the last 30 years have contributed to treating cancer more effectively, as the proportion of EU spending on cancer medicines compared to total cancer spending has risen from 8% in 2005 to 25% in 2014. Despite this, spending on cancer care has remained relatively stable as patients are kept out of hospital for longer. Investments in cancer medicines should rightly be viewed in this broader context.

Cancer medicines introduced in the last five years account for only 10% of the total cancer medicine costs in a given year, suggesting the UK is using older medicines.

Dr Richard Torbett, Executive Director at the ABPI, said: “The report shows the impact that comparatively lower levels of UK investment in cancer is having on the quality of care available to British patients.  We are seeing that investment in cancer diagnosis and treatments like surgery, medicine and radiotherapy, in countries across Europe is leading to better survival rates and we have to ask whether this should be the ambition for the NHS.  This should be a wake-up call for the UK to refocus the way we tackle cancer across the board. To make progress we need to look at investing more money to hasten the implementation of the Cancer Strategy; we need to speed up, not slow down, patient access to cost-effective medicines in the NHS and we need to create a more ambitious plan for using real world evidence to shine a light on cancer treatment outcomes”.

Emma Greenwood, Cancer Research UK’s Director of Policy, said: “5-year cancer survival in the UK has improved but overall we still lag behind other similar countries, except for breast cancer, where the UK is narrowing this gap.  The report’s focus on the importance of data collection to better understand the value of new cancer drugs is welcomed, as is its call to find improved ways of making drugs available to patients that would benefit. But if survival is to improve the UK needs to get better at diagnosing and treating cancer earlier to give patients the best chance of surviving their disease.”

One response to “UK trails behind EU in cancer diagnosis & treatment”