Arsenic identified as a potential treatment for brain cancer 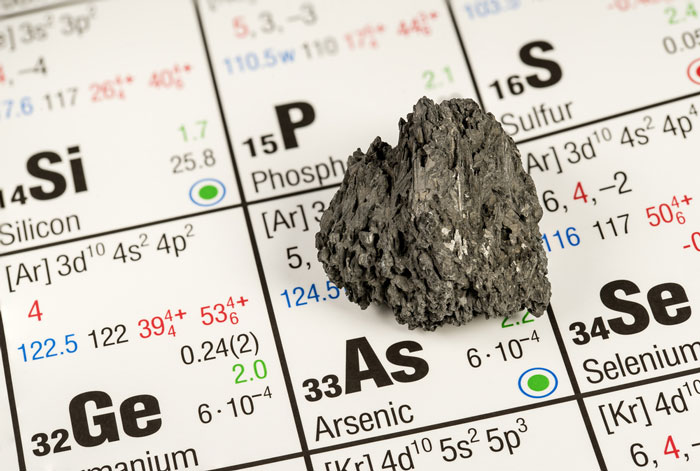 Arsenic trioxide for years has been used to fend off a rare subtype of blood cancer known as acute promyelocytic leukaemia (APL). Now, in a study led by Northwestern University Feinberg School of Medicine and the Translational Genomics Research Institute (TGen), this anti-cancer agent is being considered for use against glioblastoma multiforme (GBM), the most common and aggressive type of deadly brain tumours.

“Our findings show that, for some patients, arsenic trioxide could be a powerful therapy that could extend the lives of certain glioblastoma patients by as much as three to four times the median expectation,” said Dr Harshil Dhruv, an Assistant Professor in TGen’s Cancer and Cell Biology Division and one of the study’s authors.

TGen had recently identified arsenic trioxide among a library of 650 compounds that could potentially be used against different subtypes of glioblastoma. While Dr Dhruv was presenting these findings at a scientific conference, he met Dr Jonathan Bell. He described his work, showing the resistance of a specific subtype of GBM against arsenic trioxide. In two clinical studies they examined, the therapeutic effects of arsenic trioxide were initially dismissed.

In two clinical studies they examined, the therapeutic effects of arsenic trioxide were initially dismissed. However, Dr Dhruv and Dr Bell discovered that a specific subtype of GBM cells was more responsive to the arsenic trioxide treatment.

Northwestern University was involved in one of the clinical trials, which tested the efficacy of arsenic trioxide in combination with temozolomide (TMZ) and radiation in the treatment of GBM. Researchers at Northwestern were able to share biospecimens from their clinical trial with TGen.

“We were then able to identify these particular patients as having the same genomic signatures as those we had tentatively identified in our computer and laboratory screenings of potential therapies,” said Dr Dhruv.

The next step will be to validate the findings published in Molecular Cancer Research by initiating a new clinical trial specifically designed to match arsenic trioxide with glioblastoma patients that have a specific genomic signature, according to Dr Michael Berens, a TGen Deputy Director and Professor in TGen’s Cancer and Cell Biology Division, and one of the study’s authors.

These patients also would receive TMZ, which is the current standard-of-care drug given to GBM patients.

“Arsenic trioxide was found to be the most potent compound in non-MES GBM cells. We found that PN GBM patients responded better to ATO (arsenic trioxide) than any other subtypes as demonstrated by longer overall and progression-free survival,” said Dr Bell.

First, it is a small molecule able to penetrate the network of ultra-small capillaries — the blood-brain barrier — that surrounds the brain and spinal fluid and protects the central nervous system from most toxins and spikes in hormones. It is this barrier that prevents most other anti-cancer drugs from attacking brain tumours.

Second, its costs are minimal, since its source material, arsenic, is abundant in nature.

“Rather than treat all patients, we want to design a prospective clinical trial that we can enrich for those patients whose genomic signatures indicate they would be the best candidates for success,” said Dr Dhruv. “This would be a biomarker-driven, precision-medicine clinical trial for glioblastoma — a way to match the right drug to the right patient.”