Nanoshells could deliver more chemo with fewer side effects 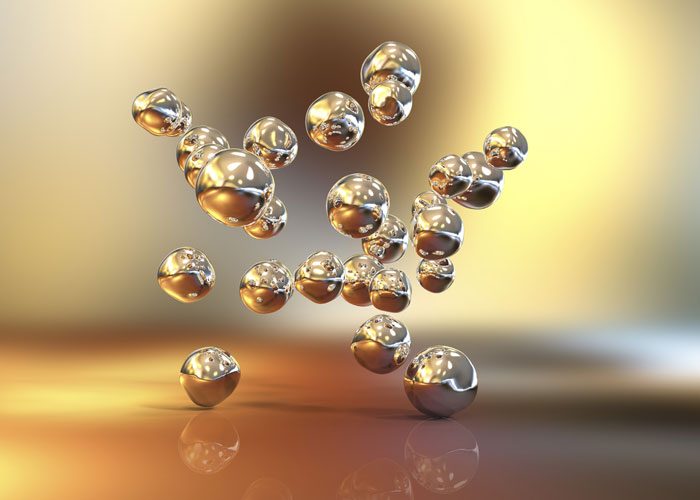 Researchers investigating ways to deliver high doses of cancer-killing drugs inside tumours have shown they can use a laser and light-activated gold nanoparticles to remotely trigger the release of approved cancer drugs inside cancer cells in laboratory cultures.

The study by researchers at Rice University and Northwestern University Feinberg School of Medicine employes gold nanoshells to deliver toxic doses of two drugs — lapatinib and docetaxel — inside breast cancer cells. The researchers showed they could use a laser to remotely trigger the particles to release the drugs after they entered the cells.

Getting chemotherapeutic drugs to penetrate tumours is very challenging

Though the tests were conducted with cell cultures in a lab, the research was designed to demonstrate clinical applicability: The nanoparticles are nontoxic, the drugs are widely used and the low-power, an infrared laser can noninvasively shine through tissue and reach tumours several inches below the skin.

“In future studies, we plan to use a Trojan-horse strategy to get the drug-laden nanoshells inside tumours,” said Naomi Halas, an engineer, chemist and physicist at Rice University who invented gold nanoshells and has spent more than 15 years researching their anticancer potential. “Macrophages, a type of white blood cell that’s been shown to penetrate tumours, will carry the drug-particle complexes into tumours, and once there we use a laser to release the drugs.”

Co-author Susan Clare, a Research Associate Professor of surgery at the Northwestern University Feinberg School of Medicine, said the PNAS study was designed to demonstrate the feasibility of the Trojan-horse approach. In addition to demonstrating that drugs could be released inside cancer cells, the study also showed that in macrophages, the drugs did not detach prior to triggering.

“Getting chemotherapeutic drugs to penetrate tumours is very challenging,” said Prof Clare, also a Northwestern Medicine breast cancer surgeon. “Drugs tend to get pushed out of tumours rather than drawn in. To get an effective dose of a tumour, patients often have to take so much of the drug that nausea and other side effects become severe. Our hope is that the combination of macrophages and triggered drug-release will boost the effective dose of drugs within tumours so that patients can take less rather than more.”

If the approach works, Prof Clare said, it could result in fewer side effects and potentially be used to treat many kinds of cancer. For example, one of the drugs in the study, lapatinib, is part of a broad class of chemotherapies called tyrosine kinase inhibitors that target specific proteins linked to different types of cancer. Other Federal Drug Administration-approved drugs in the class include imatinib (leukaemia), gefitinib (breast, lung), erlotinib (lung, pancreatic), sunitinib (stomach, kidney) and sorafenib (liver, thyroid and kidney).

“All the tyrosine kinase inhibitors are notoriously insoluble in water,” said Amanda Goodman, a Rice alumna and lead author of the PNAS study. “As a drug class, they have poor bioavailability, which means that a relatively small proportion of the drug in each pill is actually killing cancer cells. If our method works for lapatinib and breast cancer, it may also work for the other drugs in the class.”

Prof Halas invented nanoshells at Rice in the 1990s. About 20 times smaller than a red blood cell, they are made of a sphere of glass covered by a thin layer of gold. Nanoshells can be tuned to capture energy from specific wavelengths of light, including near-infrared (near-IR), a nonvisible wavelength that passes through most tissues in the body. Nanospectra Biosciences, a licensee of this technology, has performed several clinical trials over the past decade using nanoshells as photothermal agents that destroy tumours with infrared light.

Prof Clare and Prof Halas’ collaboration on nanoshell-based drug delivery began more than 10 years ago. In earlier work, they showed that a near-IR continuous-wave laser — the same kind that produces heat in the photothermal applications of nanoshells — could be used to trigger the release of drugs from nanoshells. In the latest study, Ms Goodman contrasted the use of continuous-wave laser triggering and triggering with a low-power pulse laser.

Using each type of laser, she demonstrated the remotely triggered release of drugs from two types of nanoshell-drug conjugates. One type used a DNA linker and the drug docetaxel, and the other employed a coating of the blood protein albumin to trap and hold lapatinib. In each case, Ms Goodman found she could trigger the release of the drug after the nanoshells were taken up inside cancer cells. She also found no measurable premature release of drugs in macrophages in either case.

Prof Halas and Prof Clare hope to begin animal tests of the technology soon and have an established mouse model that could be used for the testing.

The research appears in the Proceedings of the National Academy of Sciences.