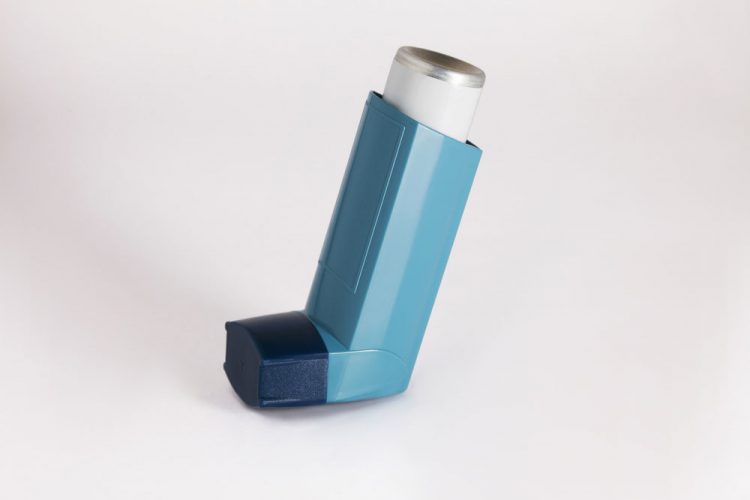 Women with asthma who only use short-acting asthma relievers take longer to become pregnant than other women according to new research.

However, the study of more than 5,000 women in Australia, New Zealand, the United Kingdom and Ireland also shows that women with asthma who use long-acting asthma preventers conceive as quickly as other women.

The research was led by pharmacist and research fellow, Dr Luke Grzeskowiak from the Robinson Research Institute, University of Adelaide, Australia. He says that the results provide reassurance for asthmatic women that using inhaled corticosteroids to prevent symptoms does not appear to reduce fertility.

He explained: “Five to ten percent of all women around the world have asthma and it is one of the most common chronic medical conditions in women of reproductive age. Several studies have identified a link between asthma and female infertility, but the impact of asthma treatments on fertility has been unclear.

“Studying the effect of asthma treatments in women who are pregnant or trying to get pregnant is important as women often express concerns about exposing their unborn babies to potentially harmful effects of medications.”

The researchers examined data from the international Screening for Pregnancy Endpoints (SCOPE) study, which recruited over 5,000 women expecting their first babies in the early stages of pregnancy. Women were asked if they had been diagnosed with asthma and, if so, which medicines they had used. They were also asked how long it had taken them to become pregnant.

Ten percent of women in the study said they had asthma and, overall, these women took longer to get pregnant.

When researchers separated this group according to the types of asthma treatments they were using, they found no difference in fertility between women using long-acting asthma treatments and women without asthma.

But women using short-acting beta-agonists only took 20% longer to conceive on average. They were also 40% more likely to have taken more than a year to conceive, which the researchers defined as the threshold for suffering infertility.

This difference remained even after researchers took other factors which are known to influence fertility, such as age and weight, into account.

Dr Grzeskowiak said: “This study shows that women using short-acting asthma relievers take longer to get pregnant. On the other hand, continued use of long-acting asthma preventers to control asthma seems to protect fertility and reduce the time it takes women with asthma to become pregnant. This could lead to a reduction in the need for fertility treatments.”

“There is plenty of evidence that maternal asthma has a negative impact on the health of pregnant mothers and their babies, and so our general advice is that women should take steps to get their asthma under control before trying to conceive.”

He added: “What we don’t yet know is exactly how asthma or asthma treatments lead to fertility problems. As well as affecting the lungs, asthma could cause inflammation elsewhere is the body, including the uterus. It could also affect the health of eggs in the ovaries.

“Inhaled corticosteroids suppress the immune system, whereas short-acting asthma treatments do not alter immune function. In women who are only using relievers it’s possible that, while their asthma symptoms may improve, inflammation may still be present in the lungs and other organs in the body.”

The researchers acknowledge that they did not recruit women from the time that they started trying to conceive, meaning that the researchers excluded women who were unable to become pregnant naturally.

Professor Mina Gaga is President of the European Respiratory Society, and Medical Director and Head of the Respiratory Department of Athens Chest Hospital. She said: “Asthma is a common condition but in the majority of cases it can be well-controlled with the right medicines. Women who are trying to conceive and women who are already pregnant are naturally concerned about the effects of their medicines, although there are large studies showing that asthma medications are safe, in fact, safer than not taking medication.

“This large study provides reassurance that using preventers, which include inhaled corticosteroids and long-acting bronchodilators, to prevent asthma symptoms helps asthmatic women be as fertile as non-asthmatic women, while intermittent treatment with short-acting relievers is associated with reduced fertility.”

The research has been published in the European Respiratory Journal.