Cancer drugs could transform the lives of children with AVM 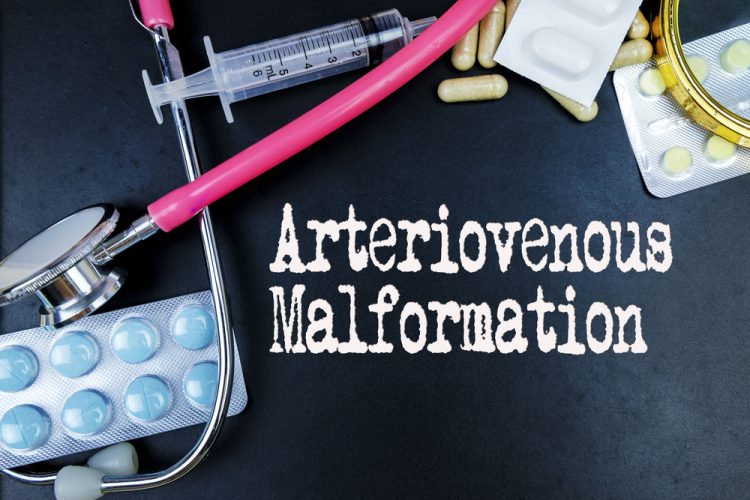 Drugs normally used to treat cancer could reduce the disfigurements of thousands of children born with life-threatening blood vessel defects. The drugs are being trialled by researchers at Great Ormond Street Hospital (GOSH), based on the findings of MRC-funded geneticists.

The study involved testing the DNA of over 150 children with blood vessel defects including arteriovenous malformation (AVM).

The scientists discovered that a proportion of patients had faults in the group of genes known to be involved in cancers but not previously known to be responsible for the correct formation of blood vessels in the womb.

Four genes were found to be faulty in different patients, but they were all on the so-called RAS/MAPK pathway which controls cell growth. This discovery enabled researchers to identify widely used cancer drugs – MAPK pathway inhibitors, which are normally used to counteract faults in the RAS/MAPK genes in cancer cells – as a new potential treatment for AVM.

The scientists, at the MRC Institute of Genetics and Molecular Medicine (IGMM) at the University of Edinburgh, modelled these mutations in zebrafish, as an artery and vein development in these fish is regulated by similar mechanisms to those in humans. When tested in the lab on fish with abnormal blood vessels caused by these mutations, the drugs reduced the size of the blood vessel swellings and increased blood flow.

Dr Elizabeth Pattonopens, the co-senior author of the study from the MRC IGMM, said: “The genes that cause this disease in humans can cause a similar disease in a small zebrafish, which gives us the opportunity to model the disease and test new treatment ideas in a basic research setting. What is exciting here is our testing in zebrafish found that a drug used to treat cancer could be repurposed to treat AVM. Because this drug is already in the clinical use, it means that it can more easily be used to treat conditions, such as AVM.”

The drug will now be tested in an international clinical trial, planned to start next year.

Dr Veronica Kinsler, the co-senior author on the study who leads the clinical research at GOSH and the UCL Great Ormond Street Institute of Child Health, said: “This is a very exciting and potentially life-saving discovery. Understanding that these birthmarks are caused by faulty genes, and in particular that these can vary from patient to patient, is a huge leap forward in understanding the science behind AVM.

“The most exciting part is that there are already approved drugs available to use as part of clinical trials. We’ve seen some very encouraging results in the lab and are hopeful that clinical trials in children will help those suffering with AVM.”

The findings are published in the Journal of Clinical Investigation.