Researchers use novel methods to determine drug uptake for tumours

Researchers at the Moffitt Cancer Center in Florida have combined single-cell imaging of cancer cells in mice with mathematical modelling to establish which drug characteristics determine its efficacy. 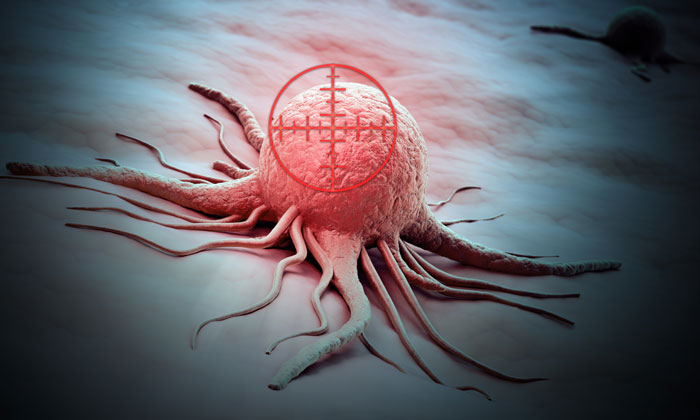 Drug therapies that target a specific molecule have changed the way patients are treated for cancer and greatly improved survival rates. However, some patients don’t respond to these therapies because the drug is failing to reach the tumour cells effectively, resulting in poor uptake.

One of the inherent problems with targeted therapies is that tumours and their surrounding environment are complex and heterogeneous – not all cells in a given tumour are alike. They can differ from each other in the expression of the targeted membrane receptors, which may result in inadequate uptake and non-uniform response to the targeting drug. Additionally, the surrounding tumour environment is composed of different cell types with different properties and densities that can impact the ability of a drug to be effective.

These variations make it difficult to develop drugs that can effectively target all cells in a tumour. Furthermore, a patient may be unresponsive to a cancer-targeted drug because some tumour cells may not be fully exposed to the drug, and this incomplete exposure may enable these cells to develop drug resistance.

“Clinical success or failure of targeted therapy depends heavily on whether the drug molecules are able to reach all tumour cells and engage with their molecular targets to invoke the desired therapeutic effect,” said Kasia A. Rejniak, Ph.D., associate member of the Department of Integrated Mathematical Oncology at Moffitt.

This work was accomplished through collaboration between Rejniak computational group and the laboratory group of Dave L. Morse, Ph.D., associate member of the Department of Cancer Physiology.

The standard methods that scientists use to study drug uptake are based on the premise that a tumour and its surroundings have uniform characteristics. However, this assumption is inaccurate and may lead to a one-size-fits-all approach to treatment. The Moffitt research team wanted to take a different approach to study drug uptake and so used mathematical modelling and imaging techniques to track and predict the ability of a single cell to take up a drug. Within their model, they compared different drug characteristics and tumour properties to determine which conditions lead to more effective drug uptake by a cell.

They discovered that the amount of drug that binds to a cell is dependent on how quickly a drug diffuses through the tissue rather than on the concentration of drug that enters the tissue. Drugs that diffused quickly tended to bind more effectively to cells that were further away from blood vessels. Alternatively, drugs that diffused slowly tended to bind to cells that were closer to blood vessels and were more effective when the cells were tightly packed. The researchers also showed that drugs that are released quickly bind more effectively to cells with different levels of drug receptors.

These discoveries suggest that changing various drug properties, such as the way a drug is administered, may lead to increased delivery to tumour cells. “For example, to treat the fast-growing cells located near the vasculature, slowly diffusing agents may be beneficial. In contrast, for the dormant cells in poorly vascularised regions, the highly mobile agents may be preferential, or in some cancers, local injection directly to the tumour site may be beneficial,” explained Rejniak.

Ultimately, the researchers hope that their approach could eventually be used to design more personalised treatment options for cancer patients.