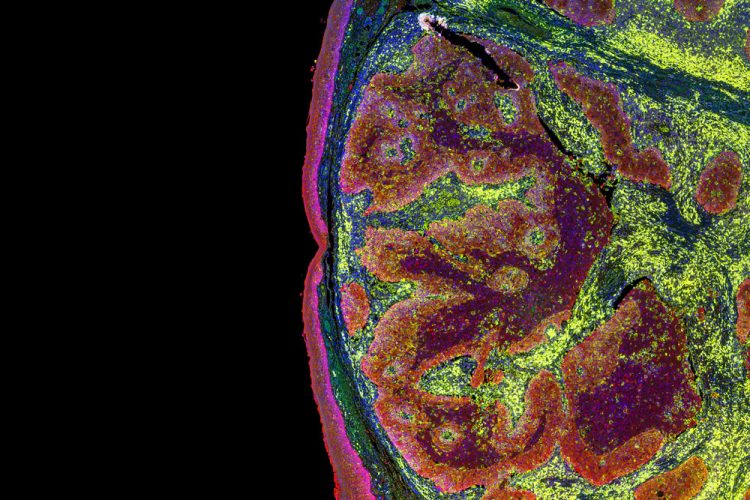 Combined treatment with two cancer immunotherapy drugs – one a novel immune modulator and one that focuses and activates the antitumor immune response – significantly prolonged survival in mouse models of the aggressive cancer malignant mesothelioma.

A team from the Vaccine and Immunotherapy Center (VIC) at Massachusetts General Hospital (MGH) describes how adding AMD3100 (plerixafor) – previously approved for the stimulation of stem cell production prior to bone marrow transplantation – to their investigational drug VIC-008 more than doubled the animals’ survival time. Among the mechanisms identified as underlying the combination treatment’s effects was changing a population of immunosuppressive T cells into a type that could enhance an antitumor immune response.

“Mesothelioma, a tumour that is caused by asbestos exposure, has been extremely hard to treat; and patients usually survive only 12 to 18 month after diagnosis,” says Dr Mark Poznansky, director of the MGH-VIC and senior author of the report. “Since the advent of cancer immunotherapy, people have tried to apply immunotherapeutic drugs to mesothelioma with limited success. We are very excited at the prospect that this drug combination may be much more effective in prolonging patients’ lives.”

The study is the result of a collaboration between Dr Poznansky and Dr Jeffrey Gelfand, an MGH-VIC investigator who had developed VIC-008 – a potential treatment for ovarian cancer. VIC-008 is a fusion protein combining an immune-activating protein from the tuberculosis bacteria with a small antibody fragment targeting mesothelin, a protein expressed in several types of a tumour – including mesothelioma, pancreatic and ovarian cancer. While previous research had shown some effectiveness of this molecule in a mouse model of ovarian cancer, that benefit was limited by the immunosuppressive environment within tumours, particularly the presence of regulatory T cells (Tregs). The current combination appears to overcome this limitation.

Dr Poznansky’s team – with lead scientist Dr Huabiao Chen, corresponding author of the current report – had been investigating applications of AMD3100, a drug that blocks the CXCR4/CXCR12 signaling pathway known to be involved in cancer development and in the way in which mesothelioma evades the immune system. While research has supported AMD3100’s ability to inhibit tumour growth and metastasis, the mechanism behind its effects on mesothelioma had not been determined. Since expression of CXCR4 and CXCR12 are increased as mesothelioma progresses, VIC researchers investigated the potential of combining AMD3100 with VIC-008 to treat these tumours.

Their series of experiment in two different mesothelioma mouse models found the following:

“The apparent ability to change immunosuppressive T cells within a tumour into T cell types that are more active and potentially helpful against cancer was a really exciting finding, and one that we’re continuing to investigate,” says Dr Poznansky.

Dr Chen adds, “We believe that we can find an approach that combines Jantibody and AMD3100 to regroup and redirect immune responses in order to combat cancer.”

Dr Gelfand said, “AMD3100 is already an FDA-approved drug, whose use and application the MGH VIC is hoping to extend in various cancers. Jantibody focuses the AMD3100-invigorated immune response on critical tumour structures, markedly enhancing tumour control. We hope these data will help to move Jantibody closer to human tumour therapy, fulfilling one of my wife’s last wishes.”

The researchers report their findings in Cancer Immunology Research.