Posted: 15 May 2018 | European Pharmaceutical Review | No comments yet

By engineering a special molecule to track certain immune cells in the body, scientists have invented a litmus test for the effectiveness of a newly devised cancer therapy… 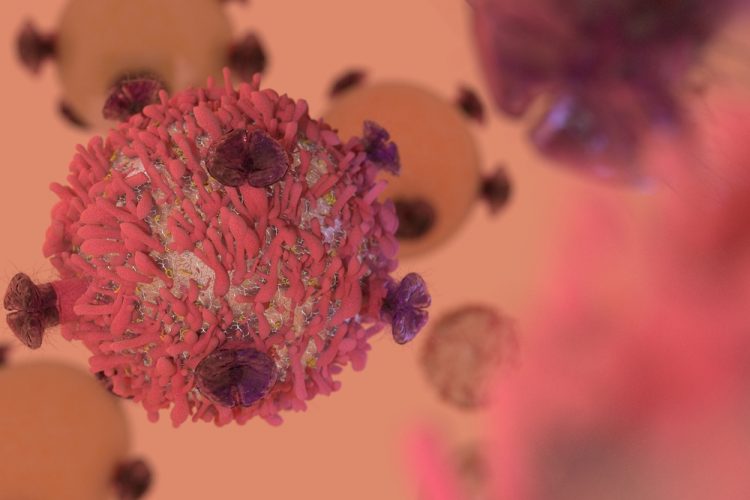 By engineering a special molecule to track certain immune cells in the body, scientists have invented a litmus test for the effectiveness of a newly devised cancer therapy.

The molecule is a radioactive tracer that latches onto immune cells when they’re activated — the status that immune cells, in particular, T cells, assume when they’re poised to kill tumour cells.

“It’s not good enough to just image all T cells; you need to image activated T cells because those are the ones that are going to kill the tumour,” said Dr Sanjiv Gambhir,  Professor and chair of radiology at Stanford. “The problem that occurs in other approaches, including ones we’ve previously developed, is that they’re sometimes not specific enough. I could image tumour patients who’ve yet to receive an immunotherapy; they’ll sometimes show T cells in their tumours, but those T cells aren’t always activated and killing tumour cells — so we need a way to track activated T cells more specifically, and I think we’ve done that here.”

With the tracer, doctors can theoretically see if a cancer vaccine has successfully galvanised T cells into a protective state, though the research conducted in this study was exclusively in mice. The PET tracer’s capabilities aren’t limited to cancer therapies, Dr Gambhir added. Because the tracer latches onto a molecule that flags any activated T cell, it also makes for a powerful tool to detect autoimmune diseases, which occur when the immune system erroneously activates T cells to attack healthy tissue.

The tracer was born out of a collaboration with Dr Ronald Levy, Professor of Oncology, who was in the process of devising what’s now considered promising cancer “vaccine.” The goal of the vaccine — which is different from a traditional preventive shot because it works more as an injected immunotherapy — is to prompt the T cells into an activated state and get them to attack tumours in the body. But cancer therapies are not often one-dose-fits-all. So the question became: Is there a way to know, right away, if the vaccine is working?

“Our challenge was to find a molecule that’s almost exclusively present on activated T cells — not just any T cell — because there are many T cells that just sit around resting,” Dr Gambhir said. By coincidence, the molecule he found was the same one that Dr Levy harnessed in his vaccine, a protein on the surface of activated T cells called OX40.

Boiled down,  Dr Levy’s cancer vaccine is a package of two stimulating agents. One coaxes T cells into producing OX40 on their surface; the other binds to OX40 and enables the cell to engage with tumour cells. Together the tag-team agents essentially prod loafing immune cells into high gear.

Once the tracer is injected, it scours the entire body, including the immune system, in search of cancer-killing T cells — but only those laden with OX40. Upon meeting, the tracer binds to OX40 and, when hitched together, the radioactive complex glows under a PET scan, revealing only those T cells that have been successfully activated, ready to ravage the tumor. If the scan comes back with low to no signal in the tumour or tumours, it’s an indication that doctors (in theory, as the vaccine and tracer have only been tested in mice) ought to reevaluate the immunotherapy dosage or change the treatment course altogether.

Dr Gambhir’s lab tested the tracer first in cell cultures. They found that the compound was able to suss out activated T cells about 95 percent of the time. Later in mouse models, they still saw success overall, but it was a bit more subdued. In a group of about 50 mice, the PET tracer performed accurately upward of 90 percent of the time.

“It’s really only now that this tactic is coming into play; the PET scan is usually focused on assessing only the tumour cells,” said Dr Gambhir. “But now, with new imaging agents like this, we’re able to image the immune cells, and that’s really the second half of the equation.”

Dr Gambhir acknowledges that one could simply wait to see physical changes in the tumour volume to determine whether the therapy is working. But that poses a problem. It may take weeks, or even months, to definitively see whether the cancer is responding to the treatment. Say the vaccine doesn’t work. In the time it took to find out, cancer would have continued to spread, becoming more molecularly heterogeneous and even more difficult to treat the next time around. Knowing sooner gives the patient more time to try other options, hopefully leading to better outcomes.

Dr Levy has moved his vaccine into a phase-1 clinical trial. In the next few months, Dr Gambhir plans to move this new OX40 tracer into that same clinical trial, so that the tracer and therapy can be tested in conjunction.

“We were able to predict what was going to happen in mice several weeks out by looking only 48 hours from the start of the immunotherapy. We could figure out which mouse was going to respond to the immunotherapy and which wasn’t before they actually did or did not respond,” Dr Gambhir said. “And that’s exactly what we’re trying to do. We’re trying to show that this approach can, in humans, allow us to image early and thereby let us evolve the therapy quickly.”

Dr Gambhir also is pursuing work to establish the OX40 tracer as a diagnostic for other applications, such as the autoimmune disease multiple sclerosis. “It’s important to remember that this is a really general approach to visualising activated T cells — this shouldn’t be thought of as specifically for cancer immunotherapy alone,” he said. “That’s just one important application.”

A study describing the tracer is published online in the Journal of Clinical Investigation.