Antidepressant use may be linked to increased risk of weight gain 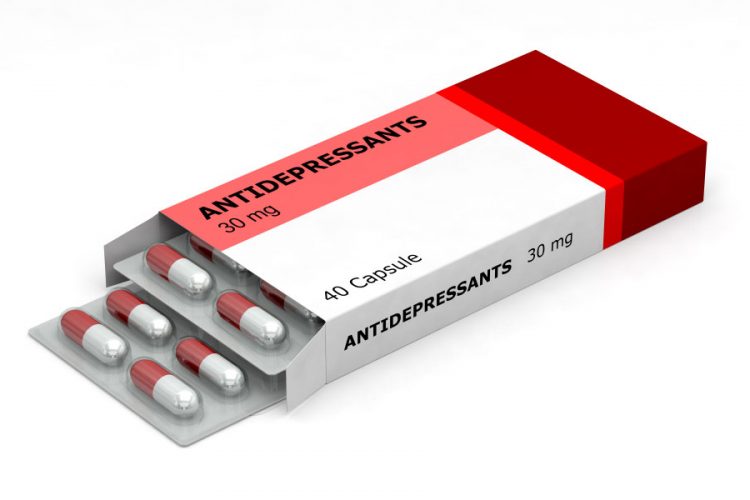 Long-term use of antidepressants is associated with a sustained increase in the risk of weight gain over at least five years.

The findings show that patients prescribed any of the 12 most commonly used antidepressants were more likely to experience weight gain than those not taking the drugs. The risk was greatest during the second and third years of treatment.

Obesity and weight gain are global public health problems, with approximately 60% of UK adults currently overweight or obese. Depression is common in people who are severely obese and the rate of antidepressant prescribing is increasing, which could have a potential impact on public health.

However, little research has been reported on the impact of widespread antidepressant treatment on weight gain.

So a UK based research team, led by Rafael Gafoor at King’s College London, set out to investigate the association between the use of antidepressants and weight gain.

The researchers analysed body weight and body mass measurement data from the UK Clinical Practice Research Datalink (CPRD) for over 300,000 adults with an average age of 51, whose body mass index (BMI) had been recorded three or more times during GP consultations from 2004-2014.

Participants were grouped according to their BMI (from normal weight to severely obese) and whether or not they had been prescribed an antidepressant in a given year. Participants were then monitored for a total of 10 years.

To put this into context, this means that for every 59 people taking antidepressants, one extra person would gain at least 5 percent weight over the study period.

Results remained largely unchanged after further analysis to take account of various factors including age, sex and whether the participants had other conditions such as diabetes, stroke and cancer.

This is an observational study, so no firm conclusions can be drawn about cause and effect, and the researchers outline some limitations that could have affected the results. However, strengths include the large number of participants and long-term follow up.

The researchers say that the results suggest the widespread use of antidepressants “may be contributing to long-term increased weight gain at a population level and that the potential for weight gain should be considered when antidepressant treatment is indicated.”

Lead author Dr Gafoor said: “It’s important to stress that no patients should stop taking their medication and that if they have any concerns they should speak with their doctor or pharmacist.”*

In a linked editorial, Alessandro Serretti and Stefano Porcelli, from the University of Bologna emphasise that doctors should give lifestyle advice on diet and exercise to minimise the risk of gaining weight and that weight should be measured during antidepressant treatment.

They say that whilst antidepressant treatment should always be offered to those with moderate or severe depression, alternative treatment such as group cognitive behavioural therapy may be preferable for people with milder depression.

“Currently, we are still unable to identify patients at higher risk of weight gain with antidepressants. Hopefully, it will be possible in the not too distant future to identify a genetic predisposition and recognise those at higher risk before treatment is started”, the authors conclude.

The study has been published in The BMJ.