Immunosuppressant drugs may protect against Parkinson’s 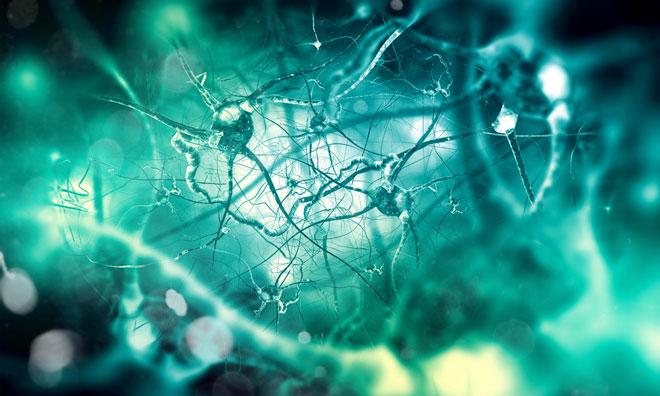 People who take drugs that suppress the immune system are less likely to develop Parkinson’s disease, according to a study from Washington University School of Medicine in St. Louis.

The findings suggest that a person’s own immune system helps nudge him or her down the path toward Parkinson’s. Restraining the immune system with drugs potentially could prevent the neurological disorder, which is characterised by tremors, slow movements, stiffness and difficulty walking.

“The idea that a person’s immune system could be contributing to neurologic damage has been suggested for quite some time,” said Dr Brad Racette, the Robert Allan Finke Professor of Neurology and the study’s senior author. “We’ve found that taking certain classes of immunosuppressant drugs reduces the risk of developing Parkinson’s. One group of drugs, in particular, looks really promising and warrants further investigation to determine whether it can slow disease progression.”

Last year, Dr Racette and colleagues analysed millions of medical records and developed an algorithm to predict which people would be diagnosed with the disease. As they mined the data, they discovered that people with several types of autoimmune diseases, including ulcerative colitis, were less likely to be diagnosed with Parkinson’s than the general population. The autoimmune diseases were a mixed bag, linked to myriad glitches in the immune system and affecting a variety of organ systems. It was hard to see how such a hodgepodge of immune system malfunctions all could end up having the same beneficial effect.

The researchers noted, however, that many autoimmune diseases do have one thing in common: They are treated with drugs that dampen immune activity. Having an autoimmune disease may not be a good thing, but being treated for one might be, they decided.

Dr Racette and colleagues analysed Medicare Part D prescription drug data on 48,295 people diagnosed with Parkinson’s in 2009 and 52,324 people never diagnosed with Parkinson’s. They identified 26 commonly prescribed immunosuppressant drugs, representing six classes of medications. The researchers determined which people in the data set had been prescribed any of the drugs a year or more before the date of diagnosis or by a pre-set cutoff date. Prescriptions written in the 12 months before diagnosis or by the cutoff were excluded to rule out any chance that the prescriptions might have been linked to early signs of the disease.

The researchers found that people taking drugs in either of two classes were significantly less likely to develop Parkinson’s than those taking no immunosuppressants. People taking corticosteroids such as prednisone were 20 percent less likely to be diagnosed with Parkinson’s, while those on inosine monophosphate dehydrogenase (IMDH) inhibitors were about one-third less likely.

When the researchers included specific autoimmune diseases in their analysis, the calculated risks didn’t change, suggesting that the difference was due to using of the drugs, not the underlying diseases they were treating.

The findings suggest that tamping down immunity with drugs may keep Parkinson’s disease at bay. But doing so also makes people more susceptible to infectious diseases and cancer. The benefits of immunosuppressive drugs outweigh the costs for people with serious autoimmune diseases like rheumatoid arthritis. But doctors probably would hesitate to prescribe risky drugs to healthy people to stave off Parkinson’s, especially since there is no reliable way to predict who is on track to develop the disease.

“What we really need is a drug for people who are newly diagnosed, to prevent the disease from worsening,” Dr Racette said. “It’s a reasonable assumption that if a drug reduces the risk of getting Parkinson’s, it also will slow disease progression, and we’re exploring that now.”

Corticosteroids have many side effects, and doctors already try to minimize their use, so Dr Racette and colleagues have turned their attention to IMDH inhibitors.

“Our next step is to conduct a proof-of-concept study with people newly diagnosed with Parkinson’s disease to see whether these drugs have the effect on the immune system that we’d expect,” Dr Racette said. “It’s too early to be thinking about clinical trials to see whether it modifies the disease, but the potential is intriguing.”

The study has been published in Annals of Clinical and Translational Neurology.