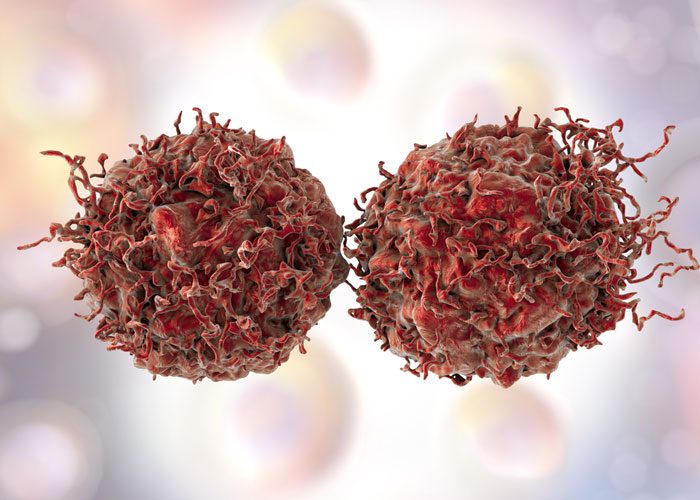 Hormone therapy is a mainstay of prostate cancer treatment – but tumour cells can grow resistant, leading to a hard-to-treat, advanced form of the disease. The new study found that blocking a protein produced by a type of immune cell – known as granulocytic myeloid-derived suppressor cells – restored sensitivity to hormone therapy.

Drugs that block this protein, called IL-23, already exist and are used for autoimmune diseases such as the skin condition psoriasis.

Clinical trials are now planned to assess the possible benefit of this new form of immunotherapy alongside the next-generation hormone therapy enzalutamide, in men with advanced prostate cancer.

The researchers studied mice, along with a tumour and blood samples from prostate cancer patients treated at The Royal Marsden NHS Foundation Trust, to unpick the role of myeloid-derived suppressor cells in prostate cancer.

They found that blood and tumour samples from men with resistant prostate cancer contained higher levels of these suppressor immune cells and IL-23 than those from men whose cancer still responded to hormone therapy.

When they studied mice with prostate cancer that no longer produced IL-23, they found their tumours shrank considerably, and cancer cells grew more slowly.

It also took longer for the prostate tumours to become resistant to hormone therapy, and the mice survived for a longer period of time.

Both blocking IL-23 and stopping suppressor cells from moving into the tumour led to an improved response to hormone therapy, giving the researchers confidence that they identified a key mechanism that drives hormone therapy resistance in prostate cancer.

The researchers believe that IL-23 allows prostate cancer cells to sidestep the need for androgen hormones to fuel their growth.

Other immunotherapies, which work by reactivating the immune system’s ability to recognise and kill cancer cells, have shown some promise in prostate cancer, but only a subset of men respond well.

As myeloid-derived suppressor cells are present in many prostate tumours, the researchers believe that this immunotherapy approach could work in a large proportion of men with the disease.

“Hormone therapy works well in men with prostate cancer, but when cancer evolves to become resistant to treatment, other options are greatly reduced.

“Our study found an important interaction between hormone signalling and the immune system. We believe we could exploit this to reverse hormone resistance in prostate cancer and boost the effect of widely used prostate cancer drugs such as enzalutamide.

“We are keen to start clinical trials to investigate how we can combine this new form of immunotherapy with existing hormone therapies, to improve treatment for men with advanced prostate cancer.”

“When we discovered that IL23 producing-MDSCs were the main immune subset infiltrating prostate tumours that have acquired resistance to hormone-treatment, we immediately realised that these cells could be one of the causes behind the emergence of castration-resistant prostate cancer.

“This study describes a new unexpected mechanism by which the tumour immune response supports the growth of prostate cancer and it opens the way for future novel therapeutic applications for the treatment of metastatic prostate cancer patients.”

“Immunotherapies have shown great promise in many cancer types, but so far their benefit in prostate cancer has been limited to a small subset of men.

“This new study has uncovered a completely new way to modify the immune system to combat prostate cancer.

“A combination of hormone therapy with this new form of immunotherapy could be a really exciting new avenue of treatment for advanced prostate cancer, and it’s important this approach is tested in clinical trials.”

“This important study identifies an immune protein that enables resistance to anti-androgen therapy, and suggests that targeting this protein may be effective in the treatment of men with castrate-resistant prostate cancer.”

The study has been published in the journal Nature.