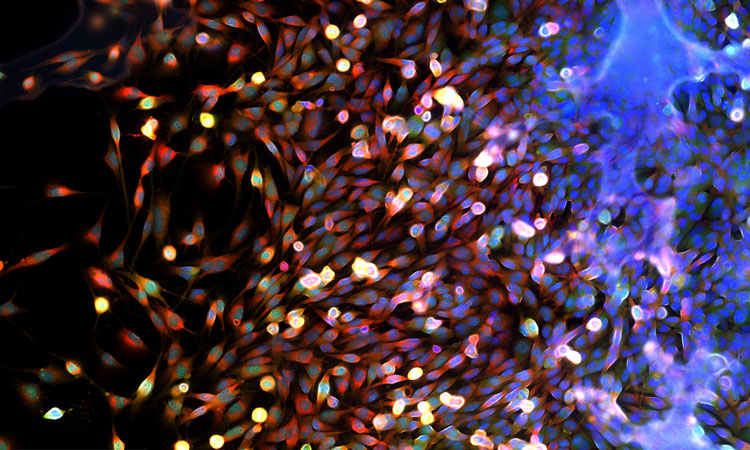 A recent study has shown that a chemical called 5-ALA can be used to highlight tumour cells during surgery to help surgeons identify and safely remove brain tumour cells.

The study was conducted on patients who had suspected glioma – the most common form of brain cancer. Ordinary treatment of this type of cancer involves surgery to remove as much of the tumour as possible, however it can be a great challenge for surgeons to identify the cancer cells and avoid healthy tissue.

The research team explained how the use of the fluorescent marker helped surgeons to distinguish the most aggressive cancer cells from other brain tissue, and they aim that this method will improve patient survival.

Prof Kurian explained: “Gliomas are difficult to treat with survival times often measured in months rather than years. Many patients are treated with surgery and the aim is to safely remove as much of the cancer as possible. Once a tumour is removed, it is passed on to a pathologist who examines the cells under a microscope to see if they are ‘high-grade’, fast growing cells, or ‘low-grade’ slower growing cells. And we can plan further treatment, such as radiotherapy or chemotherapy, based on that diagnosis.

“We wanted to see if using a fluorescent marker could help surgeons objectively identify high-grade tumour cells during surgery, allowing them to remove as much cancer as possible while leaving normal brain tissue intact.”

The marker used, 5-aminolevulinic (5-ALA) glows pink when a light is shined on it. Previous research has shown that 5-ALA accumulates in fast growing cancer cells when consumed, and can thus be used as a marker of ‘high-grade’ cells.

A total of 99 patients, between the ages of 23 and 77 years at the Royal Liverpool Hospital, Kings College Hospital in London or Addenbrooke’s Hospital in Cambridge, UK received a drink containing the chemical compound before undergoing surgery.

During surgery, surgeons used operating microscopes to locate the fluorescent tissue while removing tumours from the brains of the patients. From the 99 patients, surgeons reported seeing fluorescence in 85 patients, with 81 subsequently being confirmed as high-grade disease. From the 14 left, only seven tumours could be evaluated, and all of them had confirmed cases of low-grade disease.

Professor Watts said: “Neurosurgeons need to be able to distinguish tumour tissue from other brain tissue, especially when the tumour contains fast-growing, high-grade cancer cells. This is the first prospective trial to show the benefits of using 5-ALA to improve the accuracy of diagnosing high-grade glioma during surgery. These results show that the marker is very good at indicating the presence and location of high-grade cancer cells.

“The advantage of this technique is that it may highlight more quickly high-grade disease within a tumour during neurosurgery. What this means is that more of the tumour can be removed more safely and with fewer complications, and that’s better for the patient.”

The team suggests that in future, a larger study would be necessary to evaluate the use of the fluorescence in patients where the grade of the disease is unknown.

The study was presented at the 2018 NCRI Cancer Conference.