Increasing dose of statins could save more lives 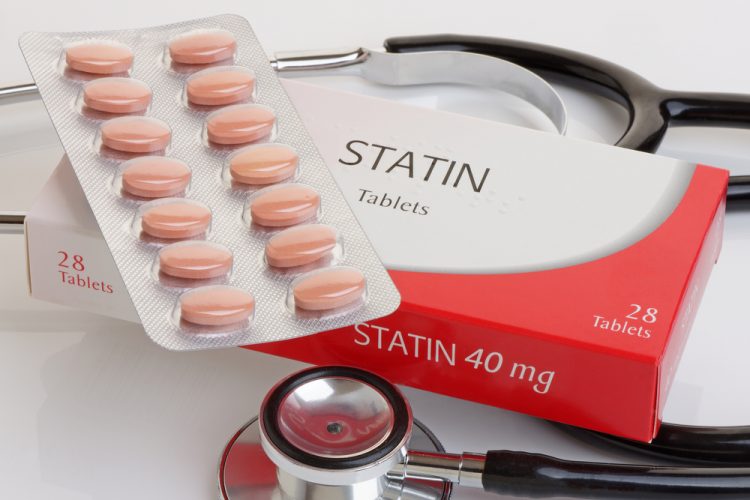 Thousands of heart attacks and deaths from cardiovascular disease could be prevented by patients taking higher doses of statins and taking the drugs as advised by doctors.

The findings come from a study led by researchers at Imperial College London and University of Leicester, which estimates that 12,000 cardiovascular events – such as a heart attack or stroke – among high risk patients in the UK could be averted by placing patients on high intensity cholesterol-lowering drugs and ensuring patients stick to the correct treatment regimen.

The paper is the first to look at the combined effect of high intensity statin treatment and adherence in patients who have already had a cardiovascular event and who are at increased risk of future cardiovascular events compared to the general public.

It reveals that that those taking the highest doses (intensity) of statins to reduce their LDL cholesterol levels (the ‘bad’ cholesterol which builds up in the arteries) and, crucially, who take the medication as advised by their doctor, see the biggest reductions in risk for future cardiovascular events.

Patient adherence describes the degree to which a patient follows medical advice and takes medication correctly. It can significantly affect how successful a treatment is, as patients may not take a drug regularly, skip days, or stop the medication altogether – especially if they see or feel no immediate benefit from taking a drug. This is particularly important as high cholesterol levels in the blood may not cause any noticeable symptoms compared to other conditions.

“In terms of risk reduction, we can see the people who do the best are those who are adhering to the recommended dosage and are on more potent drug regimens. But if someone is not going to take a treatment as recommended, they may actually be better off on higher doses of statins so that when they are taking the medication, they are achieving greater cholesterol reductions.”

In the latest study, the team analysed patient data drawn from Clinical Practice Research Datalink (CPRD) which includes over five million records from more than 450 GP practices. They focused on three groups of patients at high risk of cardiovascular events: those with established heart disease; those with diabetes but no history of heart disease; and those with chronic kidney disease but no prior heart attack and stroke.

Almost 30,000 patients recently started on cholesterol lowering medications were scored using a measure which combined the intensity of treatment they received (statins alone or combined with another cholesterol-lowering drug called ezetimibe) and their adherence – with those who took their medication as prescribed 80% of the time over period classed as ‘adherent’.

By comparison, those patients on the lowest intensity treatment and with poor adherence had a risk reduction of just 5 percent compared to those not on medication.

To improve adherence, the researchers advise that perhaps doctors spend more time with patients to explain the benefits and risks of the drugs, so patients are able to make better decisions about their own health based on benefits and risks. They add that adherence could be overcome with new delivery methods, such as slow release drugs which patients are required to take less frequently.

Professor Kamlesh Khunti, Professor of Primary Care Diabetes and Vascular Medicine at the University of Leicester, said: “Adherence to lipid lowering therapy is poor within first six months, with studies showing that 40-60 percent of people are not adherent to statin therapies. This novel concept of a measure of adherence and intensity is likely to be applicable to other medications such as antihypertensive and glucose lowering therapies as well.”

Professor Ray added: “There is a lot of confusion around dietary cholesterol and medications that lower cholesterol. While changing your diet is a good thing, it may not be enough for those patients who are already in the high-risk groups – such as those with heart disease. Here, statins provide additional benefits over and above lifestyle.

“It doesn’t matter how patients get to this point – through obesity, smoking, genetic risk factors – what we know is that once you have one heart attack or other cardiovascular event, you are at much higher risk of more events in future and that lowering your LDL cholesterol levels is key to improving outcomes.

“For these patients, taking the right medication, at the right dose, at the right time – and sticking to this regimen – is critical in lowering their risk of future cardiovascular events.”

The study was published in the journal JAMA Network Open.

Noncommunicable diseases are leading cause of death and disability worldwide, says WHO