Developing the production of the radioisotope Tc-99m within the US 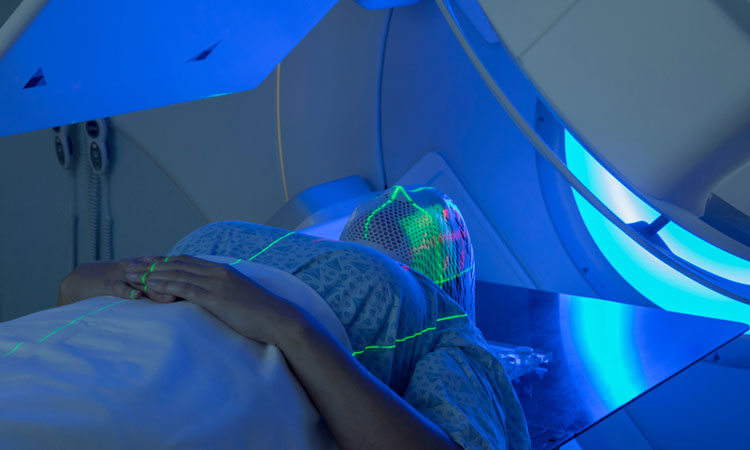 “Famously, it’s used in what is called a ‘stress test,’” said Steven Reese, Director of the Oregon State Radiation Center and an instructor in Oregon State University’s College of Engineering.

“The idea is that you run on a treadmill and then get injected with Tc-99m, which is attached to a molecule that follows the flow of blood. Radiation detectors are then placed around the body so we can see how the heart moves the blood. It uncovers a lot of vital and accurate information for physicians, and that’s why they like to use it.”

The brain, bones, kidneys, and lungs are also commonly imaged. Tc-99m is an ideal medical isotope because of its broad range of applications and short half-life of only six hours. In other words, there’s no radioactivity left in the body shortly after the procedure ends.

But there is a problem getting the product to people who need it. The Tc-99m supply is bottlenecked, and the entire US supply is being imported from overseas.

Tc-99m is a decay product of molybdenum-99 (Mo-99). Mo-99 is traditionally made in large nuclear reactors by neutron bombardment of high-enriched uranium housed in a container called a target. As the uranium fissions, one of the daughter products is Mo-99. The sole North American producer of Mo-99, Canada’s National Research Universal Reactor (NRU), stopped producing Mo-99 in 2016 and shut down completely in March 2018. Even before the plant closed, NRU suffered shutdowns in 2007 and 2009.

After this shutdown, it occurred to Reese that Oregon State’s 1.1 MW TRIGA reactor could possibly be used to produce Mo-99. It was a wild idea for two reasons. One, because the reactor is much smaller than reactors traditionally used for producing commercial quantities of Mo-99, it has far fewer neutrons to fission uranium into Mo-99. Two, because efforts are well underway to stop using high-enriched uranium in civilian research reactors, low-enriched uranium would need to be used in the target. Together, these challenges meant that it would take a novel target design to make a useful amount of Mo-99.

Reese looped in Dr Todd Palmer, Professor of Nuclear Engineering, who specialises in modeling and simulation.

“The original target design, it is just like a cylindrical can that contains a layer of uranium in it,” Prof Palmer said. “It just seemed to beg for a little innovation, you know?”

Reese and Prof Palmer brainstormed a new target design idea and then turned it over to Dr Madicken Munk for simulation, who at the time, was an undergraduate student working for Prof Palmer.

“I was just so excited to be doing research and running simulations,” said Dr Munk, now a postdoc at the National Center for Supercomputing Applications at the University of Illinois at Urbana-Champaign. “I performed parametric studies to figure out the design needed in order to make the most moly [Mo-99] in the limitations we had. It was a fun mental playground that I got to play in every day.”

After hundreds of simulations and numerous consultations with Todd Keller, Oregon State reactor administrator, to discuss the practical implications of how the target would work in reality, they arrived at the final design.

The target is a cylinder about 2 feet long and about 1½ inches in diameter. The low-enriched uranium is sandwiched between two layers of metal cladding. In the centre is an annulus that allows water to flow through.

It is this water-circulating annulus that is the key to the whole design. Water increases the number of neutrons that hit the uranium, causing more fission and thus producing more Mo-99.

“This target design seemed to suggest that you could make commercial quantities of moly in a reactor as small as 1 megawatt, like we have here at Oregon State University,” Reese said.

“And the reason why that’s fairly profound in the moly production community is that you go from maybe five facilities on the planet to upward of probably 30 to 40 reactors around the world.”

Because of the huge commercial potential for producing Mo-99 in research reactors in the United States, patents were filed and a company, Northwest Medical Isotopes (NWMI), was formed to bring this technology to market. Today, NWMI is moving forward with plans to construct a processing and production facility in Missouri (an ideal central location for shipping Mo-99 to medical facilities around the country).

If all goes well, production should start up sometime around 2020, breaking the bottleneck and impacting thousands of people in the United States every day.

“At this point the handoff has happened, and we’re just hoping to see it come to fruition,” Prof Palmer said.