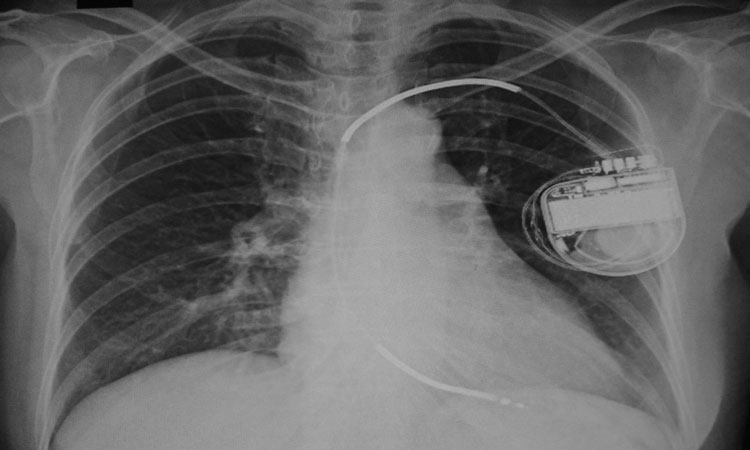 A Cleveland Clinic-led research team has found that using an absorbable, antibiotic-eluting envelope when implanting cardiac devices like pacemakers and defibrillators can cut the rate of major infections by 40 percent.

Approximately 1.7 million patients worldwide receive cardiac implantable electronic devices every year. These devices are used to correct abnormal heart rhythms and include pacemakers and implantable cardioverter defibrillators. While the devices are safe, there is a risk of infection, particularly following device replacements, or other secondary procedures such as pocket revisions, lead changes and upgrades.

“While the risk of major infections is low, when they do occur, they can be devastating for patients, resulting in invasive procedures, device removal, prolonged hospital stays and potentially death,” said Dr Khaldoun Tarakji, associate section head of cardiac electrophysiology at Cleveland Clinic and the lead author of the study. “Other than the use of antibiotics right before the device procedures, this is the first intervention proven to reduce the risk of infection in a randomised clinical trial of this magnitude.”

The envelope is made of absorbable mesh that encases the defibrillator or pacemaker and is designed to stabilise the device when it is implanted in the body. It is coated with two antibiotics – minocycline and rifampin – which are continuously released into the device pocket over a minimum of seven days. The envelope is fully absorbed in approximately nine weeks.

The global trial enrolled 6,983 patients at 181 centers in 25 countries, receiving new defibrillators for cardiac resynchronisation therapy or undergoing specific procedures on their cardiac implantable electronic devices including pocket revisions, generator replacements or upgrades. They were randomised to receive the envelope or not and were followed for at least 12 months. All patients received the standard preventive antibiotics prior to the operation to minimise infection risks. In the control group, 1.2 percent (42 patients) developed a major infection compared with 0.7 percent (25 patients) in the envelope group – a reduction of 40 percent. Of the major infections, 17 were endocarditis, an infection of the heart’s inner lining, and 50 were pocket infections. There were less pocket infections in the envelope group.

“The infection rates in our study were overall very low compared with other trials, and yet, we found the envelope was still able to provide a significant infection reduction benefit to patients. Given the seriousness of cardiac device infections, we strive to bring infection rates to as close to zero as possible,” said Dr Bruce Wilkoff, Director of cardiac pacing and tachyarrhythmia devices at Cleveland Clinic and senior author on the study.

The trial also examined the safety of the envelope. Researchers found no increase in complication rates when the envelope was used. The envelope, manufactured by Medtronic, was approved by the FDA in 2013 for use in cardiac implantable electronic devices.

The research was presented at the American College of Cardiology’s 68th Annual Scientific Session and simultaneously published in the New England Journal of Medicine. It was also be presented at the European Heart Rhythm Association 2019 Congress.