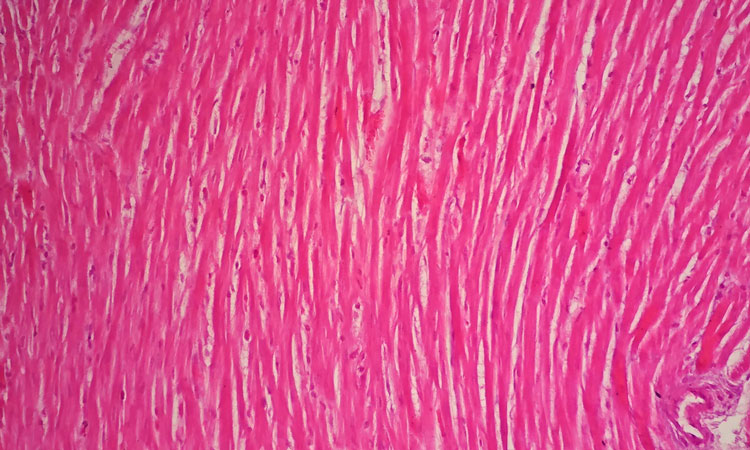 The patch features an arrangement of prickly microneedles to “communicate” between the therapeutic cells and the injured heart, a task that has not yet been accomplished in an internal organ. When tested in rats and pigs that suffered an acute heart attack, the patch promoted healing by boosting the development of heart tissue. It also reduced scar size and increased cardiac functions.

These results suggest this microneedle cardiac patch may be a promising form of cardiac therapy in humans, following further tests. More than 600,000 people in the US suffer a heart attack each year and 36 percent of survivors have an increased risk of developing heart failure in the future.

Cell therapy has been used to improve treatment options for survivors, but so far, retention rate of therapeutic cells has been low in many delivery routes. To overcome this hurdle, Dr Junnan Tang and colleagues created a microneedle (MN) patch for heart regenerative therapy.

Its biocompatible needles can penetrate the heart tissue and serve as communication channels between the patch and the heart, feeding paracrine factors from the therapeutic cells on the microneedle patch to the injured area for repair. In a rat model of heart attack, the researchers placed a microneedle cardiac patch directly onto the damaged area of the rat’s heart during open chest surgery.

The patch treatment reduced cardiac cell death and promoted growth of myocytes – cells found in muscle tissue of the heart – as well as the development of new heart vasculature.

The authors further validated their device in a pig – an animal that has similar blood flow features to humans – and this test confirmed the safety and biocompatibility of the MN-CSC patch. According to Dr Tang and colleagues, future work should focus on less invasive ways to deliver the patch, rather than during open chest surgery.