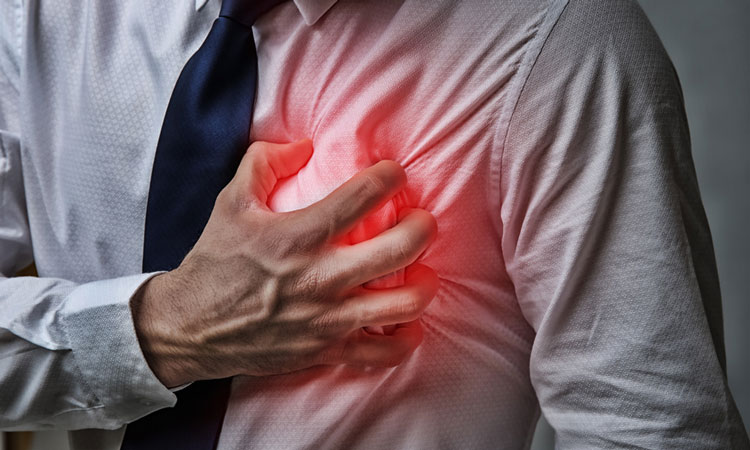 A drug therapy used for patients with chronic heart failure also improves markers of poor prognosis in individuals who are hospitalised with acute heart failure, new Yale-led research shows. The findings suggest that the drug can improve outcomes for acutely ill heart patients and potentially become the new standard of care for treating this serious condition, the researchers said.

Acute heart failure, a condition in which the heart fails to pump blood efficiently, is the leading cause of hospitalisations for older adults. Affected individuals experience high rates of re-hospitalisation and death. The standard of care, which consists of diuretics and medications that enhance blood flow, has remained largely unchanged for decades.

To test whether the FDA-approved drug sacubitril-valsartan could improve outcomes for individuals with acute heart failure, the research team conducted a randomised, double-blind clinical trial called PIONEER-HF. More than 800 patients hospitalised with heart failure at 129 US sites were treated with either sacubitril-valsartan or the standard therapy, enalapril, an ACE inhibitor. Over the trial period of eight weeks, the researchers monitored participants’ blood pressure and other safety parameters, such as kidney function, and analysed blood and urine samples.

The research team found that in patients taking sacubitril-valsartan, levels of a key measure of heart failure severity – NT-proBNP – reduced more quickly than with the standard therapy. Evidence of improvement was observed as early as one week into the trial, they said.

“It worked to reduce NT-proBNP rapidly and to a greater extent than enalapril,” said corresponding author Dr Eric Velazquez, the Berliner Professor of Cardiology at Yale School of Medicine and PIONEER-HF principal study investigator. “There were multiple markers including troponin T, a marker of heart cell injury, that suggested substantial improvement.”

Velazquez and his co-authors also reported no significant differences between the two therapies in terms of safety, including impact on renal function, blood pressure, and other indicators. “The results of this landmark study should help inform our basic approach to treating hospitalised patients with acute heart failure,” said Velazquez. “Once acute heart failure is diagnosed, patients are stabilised, and a low ejection fraction is confirmed, sacubitril/valsartan should be started promptly to reduce NT-proBNP and reduce the risk of post-discharge heart failure hospitalisation.”

“There are consistent results from both trials,” Velazquez said. “It is safe and there’s a rapid outcome. If it becomes the standard, we are likely to reduce the risk of hospitalisation for heart failure, and that will have a positive clinical impact and societal impact.”

The study was published in the New England Journal of Medicine and was presented at the American Heart Association Scientific Sessions in Chicago.

Gilead aims to produce one million remdesivir treatment courses by 2021