Big pharma accused of no action on antibiotic threat 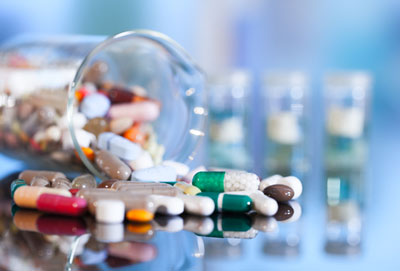 The pharmaceutical industry should match its words with action on researching new antibiotics to address the threat posed by drug-resistant superbugs, a former UK government adviser has said.

In a strongly-worded attack on major drug companies, Jim O’Neill, who headed a British government global review of antimicrobial resistance in 2016, said the industry had produced “endless talk and no action”, and was engaged in little more than “spewing out nonsense” about the problem.

“If the pharma companies delivered one tenth of the commitment in their words, we might be getting somewhere,” O’Neill told reporters at a briefing in London.

O’Neill, also formerly chief economist of Goldman Sachs, said his frustration at the lack of commitment by drug companies had reached a point where he now believes the best solution might be to create a government-funded ‘utility’ type drug company, which would not be beholden to shareholders.

Any use of antibiotics promotes the development and spread of superbugs – multi-drug-resistant infections that can evade the antimicrobial drugs designed to kill them.

O’Neill’s 18-month-long review concluded in 2016, found that the threat of antimicrobial resistance (AMR) could kill an extra 10 million people a year by 2050 and cost up to $100 trillion if nothing is done to slow or halt it.

Global health experts agree the world urgently needs new medicines to keep ahead of the superbugs. But pharmaceutical firms are reluctant to invest in developing drugs that would not be sold in large volumes because of the need to preserve them.

O’Neill has proposed a ‘pay or play’ solution to the problem, in which drug companies would be subject to a surcharge if they decide not to invest in research and development to bring successful new antimicrobial medicines to market.

For those firms who do decide to ‘play’, he suggests, a reward of between $1 billion and $1.5 billion should be paid for any successful new antibiotic drug developed.

Asked to respond to O’Neill’s comments, the global industry body, the International Federation of Pharmaceutical Manufacturers and Associations (IFPMA), described some of his ideas as “pipe dreams”. IFPMA said his suggestion of creating a public utility had “little to commend it”.

“Rather than wasting time running after new pipe dreams, we call for a big push to sort out the incentives that have broad consensus – fast – before we give up,” it said in a statement emailed to Reuters.