A proof-of-concept nanorobot design could be used to target cancer cells by their glucose consumption and deliver a drug payload in response to tumour interaction. 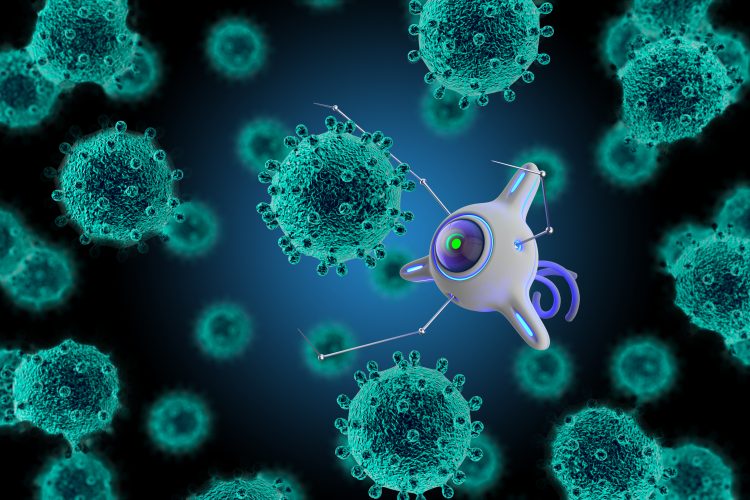 The development of nanorobots has been a focus for researchers due to their therapeutic and diagnostic potential. European Pharmaceutical Review’s Hannah Balfour and Victoria Rees interviewed Professor Shlomi Dolev, Chair Professor and founder of the Department of Computer Science at Ben-Gurion University of the Negev, Israel, to discuss his research into nanorobots as a drug delivery system.

Dolev explained how nanorobots have advanced, how a nanorobot can be made completely autonomous and what this could mean for the future of cancer therapies.

Scientists have been working for years to access the therapeutic potential of nanotechnology as a method for delivering medicine, diagnosis or repairing damaged tissue and fighting cancerous cells. However, they still have a long way to go before nanorobots and nanostructures are readily introduced in clinic. Yet, nanorobots remain an attractive prospect for use in areas that are too small or delicate to disrupt with conventional surgery.

To reach this goal, teams are working on nanorobots that could change shape, move independently, gather and share data as well as target specific areas for treatment.

Dolev and his researchers are among those working to create “autonomous computational nanorobots for in vivo medical diagnosis and treatment.” They have previously designed an algorithm for autonomous nanorobots to act as a swarm, communicating both between individuals and to the outside in order to recognise and treat cancer. 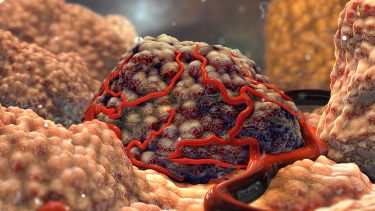 A completely autonomous robot requires no external sources for its operation – it must be powered, able to navigate and perform tasks alone. In his latest study, Dolev provides a proof-of-concept design of a nanorobot that can navigate, detect cancer cells in blood and actuate the release of drugs. This is achieved through an energy harvesting/storing mechanism, a bio-detector and a drug store with an actuator for payload delivery.

Inorganic nanorobots can be designed to harvest energy from the blood”

Dolev built on previous research into inorganic glucose energy harvesting to design a robot with a self-sustained energy source. The nanorobot that is “designed to harvest energy from the blood”.

His team designed two bio-compatible electrodes, made from platinum, that could be used to make a circuit with a capacitor to harvest and store energy from glucose. Interaction with glucose in the blood causes electricity to flow around the circuit; the capacitor, formed from two layers of metal separated by an insulating material, would store the resultant energy. The capacitor element takes up most of the space in the nanoscale design.

The researchers propose a bio-detector made of a carbon nanotube (CNT) with sugar molecules attached. When the attached sugar molecules bind to a cancer cell, the resistance within the circuit changes, altering the electron flow. In turn, more electrons flow to the drug chamber ceiling, increasing the electrostatic attraction to the chamber floor.

The resultant drop in operating voltage, from 200mV to 70mV, in the presence of cancer cells can then be utilised to operate a nanoelectromechanical (NEM) switch, causing the ceiling of the drug compartment to break and resulting in release of the drugs in proximity to the cancer cell. The chamber may contain a drug that enables T cells to recognise the cancer cells as a non-healthy cell that should be attacked.

What is the future for nanorobots?

Discussing the potential of their proof-of-concept model, Dolev said: “These inorganic nanorobots benefit from the state-of-the-art electromagnetic technology, that has been developed and optimised for years. The harvested energy can enable the design of radio communicating nanorobots as well as an electronic circuit.”

In other research, he and his team have created a swarming algorithm where a team of nanorobots would gather at a tumour site and be able to communicate between them using radio waves to treat the tumour as a group. Communication with the in vivo nanorobots requires a bio-compatible frequency that the researchers must tune. Furthermore, they had to design mechanisms to synchronise the radio signals among millions of nanorobots. This could be completed either by accumulating all the signals and relaying the message between them or by using an external magnetic device.

This latest study is a proof-of-concept design for a nanorobot that could function autonomously, with a self-sustained source of energy and could be further developed to be integrated into the ‘swarm’ or used alone.

When speaking to European Pharmaceutical Review, Dolev explained that the overall idea is to build these nanorobots to be a “programmable boost” for the natural immune system, but there is no denying their potential for use in targeted chemotherapy drug delivery.

Their ability to report on the in vivo conditions and act according to instructions could “greatly improve our quality of life and life expectancy,” he said. However, he also indicated that for this to come to fruition, greater investment is required, both into the research and production of nanorobots.

Ben-Gurion University of the Negev (BGU)

Ben-Gurion University of the Negev (BGU)