Nuclear magnetic resonance (NMR) spectroscopy is a technique that most have heard of but many avoid, especially when dealing with larger biological macromolecules. Why? The common wisdom is that NMR can be complicated, expensive and involves quantum physics and complex equations. In the fast-paced industrial biopharmaceutical environment there may be a disinclination to expend the necessary time and resources to set up the technique, but Jack Bramham and Alexander Golovanov highlight here some reasons why it may be worth the investment. 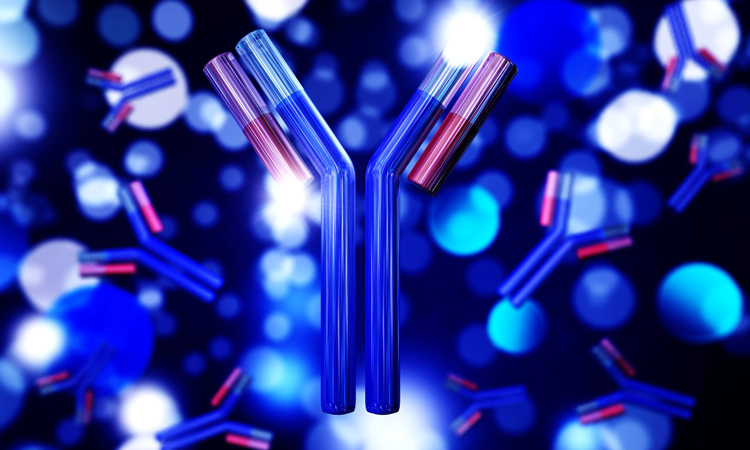 THE SUBJECT of NMR may bring to mind Schrödinger equations, Hamiltonians and spin states. For non-specialists, these may appear too distant from the more prosaic day-to-day tasks of a bioprocessing or formulation scientist, such as how to make a biopharmaceutical formulation better, more stable, with increased shelf life and decreased aggregation. Since their introduction in 1982, protein-based biopharmaceuticals have become increasingly important therapies in the treatment of a wide range of diseases, including cancer, autoimmune and blood clotting diseases. Recent years have seen the advancement of more complex monoclonal antibody (mAb) products and the emergence of new protein-based engineered modalities, often applied as high concentration formulations or as co-formulations of several proteins together.

Antibody-drug conjugates, mAbs and new modalities of ever increasing complexity may suffer from issues typical for any protein; that is, under certain conditions (eg, temperature, pH or over time) they may become destabilised and, due to inherent general ‘stickiness’ of their surface, proteins may form reversible assemblies or clusters, causing an increase in formulation viscosity, or form irreversible aggregates. In addition, protein solutions may undergo liquid-liquid phase separation, which can initially manifest as sample opalescence due to suspended dense liquid droplets, and later as formation of distinct protein-rich and lean layers in the sample. With all these problems to overcome, the quantum physics of NMR may not appear so scary after all. The complexity of biopharmaceutical entities and their formulations, and the multitude of possible things that can go wrong at the initial research stages, requires new approaches and orthogonal techniques that can deal with this complexity in situ in biopharmaceutical formulation. This is where the power of NMR comes into play. 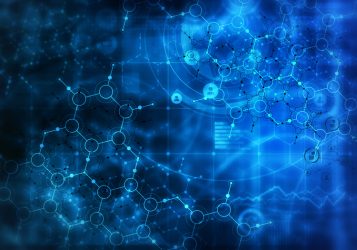 There are multiple books and reviews that describe the theory and practice of NMR, but on an over-simplistic level, it can be described as a spectroscopic technique in which a sample is excited by a range of radiofrequencies and the characteristic response recorded. Each NMR‑active nucleus present in the sample produces a ‘signal’ picked up by the NMR spectrometer. The properties of these signals, their position in the spectrum (‘chemical shift’) and relaxation rates (longitudinal and transverse) are dependent on the neighbourhood and immediate environment at each site – ie, each nucleus – as well as tumbling rates, which are dependent on apparent molecular size and solution viscosity. Thus, it is possible to simultaneously detect changes of environment in the various components in a sample at different reporter sites and hence ‘see’ what is happening even in complex formulations containing multiple components. NMR experiments can also easily measure translational self-diffusion of both large and small molecules in the sample, providing additional information on protein clustering or aggregation.

The isotopes 1H, 13C, 15N and 19F are NMR-visible and are the most relevant for biopharmaceutical molecules. The most abundant, 1H, is present in all proteins as well as in most excipients, leading to significant signal overlap in one-dimensional 1H spectra. While these spectra may be complex for large proteins like mAbs, useful information can still be obtained.1 Particular regions of mAbs spectra free from excipient signals can be used to study protein behaviour via various NMR-measured parameters. In NMR, signal intensity reports on the concentration of atoms from which the signal is observed. For example, signal intensity can be used to determine protein concentration once the protein is denatured.2 In non-denatured protein solutions, signal intensity is affected by a number of factors, including viscosity and self-association. Therefore, by accounting for viscosity and protein concentration, 1H NMR signal intensity can report on mAb self-association, for example, in the presence of different excipients.1 The relaxation and translational diffusion measured for 1H signal of the mAb can also be independently used to characterise protein behaviour in solution, such as self-association.3-4 Alternatively, if the signals from small molecule excipients present in the same sample are of interest, spectral complexity can be reduced by using ‘relaxation filters’ to remove fast-relaxing signals from protein components, leaving only the slower relaxing small molecule signals. These filtered spectra can be used to detect extractables and leachables from bioprocessing5 or track the success of dialysis.6

Incorporating 13C and/or 15N labels in proteins, often in combination with multi-dimensional NMR spectroscopy, is a method routinely used to address complex questions about protein structure and dynamics. Proteins expressed in E. coli or common yeast systems can be easily enriched with these isotopes, permitting such experiments. While for many mAbs produced in mammalian cells this may not be a feasible strategy, advances in NMR hardware and techniques have enabled experiments to be conducted on these isotopes present at natural abundance. Perhaps the most prominent recent application of NMR to biopharmaceuticals is the ‘fingerprinting’ of protein higher order structure (HOS) in mAbs performed without any isotopic labelling.7-8 Like human fingerprints, these NMR fingerprints are unique to an individual mAb sequence and HOS, so can be used to directly compare protein identities. This approach is particularly relevant for biosimilars – generic versions of mAbs, which are on the rise following expiration of early patents. Although biosimilars may have an identical primary sequence to their reference mAbs, it is important for efficacy and safety to ensure that post-translational modifications and protein folding result in similar mAb HOS. NMR fingerprinting allows biopharmaceutical companies and regulators to confirm this, as well as to check batch‑to-batch variabilities. 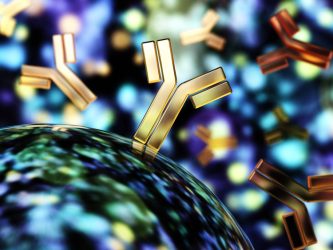 NMR can also be used to study the chemical structure of mAbs and proteins. Structures of amino acid residues can potentially be altered during storage, which in turn can affect mAb activity and physical stability. As specific chemical structures give rise to specific NMR signals, NMR can be used to detect the presence of chemical degradation, such as cyclisation of Glu or Gln residues,9 and to study the effects of specific chemical instabilities, such as deamidation and oxidation, on mAb HOS.10- 11 NMR can also be used to study the non‑protein components of mAb structures. While the post-translational modification of mAbs with specific sugar glycans is difficult to fully characterise by conventional techniques, NMR can act as an orthogonal method to quantify glycan content and structure.12 NMR signals are also sensitive to even weak transient interactions between molecules, and so this method is increasingly used to characterise protein-excipient interactions, such as those between mAbs and polysorbates,13 a macrocycle14 or amino acids.15

The various types of NMR instruments available make it a versatile technique for addressing a broad range of formulation problems. Solid‑state NMR can be used to study stabilisation by excipients in solid state formulations16 and to quantify residual moisture after freeze drying.17 Alternatively, imaging instruments – similar to magnetic resonance imaging (MRI) scanners found in hospitals – can be used to study dynamic processes that occur differently across a sample, such as the reconstitution of a solid mAb formulation for injection.18 Finally, benchtop NMR spectrometers can be used to indirectly detect a number of biopharmaceutical protein properties, such as protein concentration or aggregation, based on the behaviour of the solvent water NMR signal.19-20 These much smaller instruments can be incorporated into conventional formulation labs or production lines for inline monitoring using ‘flow’ NMR to detect the emergence of changes, alerting on potential problems in the process.21

Recently, the use of 19F NMR has become increasingly popular; although these atoms are not native parts of protein molecules, they can be incorporated either using non-natural amino acids or by sparsely attaching 19F-containing tags to the protein surface via chemical linkage to cysteine or lysine sidechains. One advantage of observing 19F NMR signals from such probes, which represent the behaviour of the whole molecule, is that there are no other signals in the background. We have recently demonstrated the use of 19F tags to characterise the behaviour of individual mAbs or proteins in complex mixtures22 or co-formulations.23 By differentially labelling each mAb with a specific 19F tag with a unique characteristic chemical shift, the behaviour of the observed signal can be unambiguously linked with the behaviour of a specific protein molecule and tracked under a range of conditions. This technique makes it possible to characterise mAb-specific clustering in co-formulations24 and to optimise formulations to prevent such clustering. Untangling such complexity present in biopharmaceutical formulation samples in situ – from the viewpoint of different components, both large and small – is what NMR does best and is a capability that may be difficult to achieve by any other single biophysical technique.

Dr Alexander P Golovanov is a Reader and group leader at the University of Manchester, UK. He is a structural biologist and NMR spectroscopist, conducting research on proteins, their biophysical properties and their interactions. Common frustrations with making proteins behave in NMR samples have fuelled his interest in how to characterise and improve the behaviour of biopharmaceutical formulations, and his group is currently working in this research area.