From commensalism to parasitism: the dangers of underestimating cleanroom bacterial contaminants

Marc Baiget Francesch explains how commensal bacteria can be opportunistic pathogens and why treating them as merely a light threat to cleanrooms can bring disastrous consequences.

CLASSIFYING bacteria has always been a key issue in microbiology. Different criteria, such as morphology, spore formation or oxygen tolerance, have been used in order to build different classifications for various purposes. One of the most pragmatic ways to classify bacteria – or microorganisms in general – is through its interaction with humans. Following this criterion, many bacteria are well-established human pathogens. Others, which wait for the right time to infect, have been regarded as opportunistic pathogens. Another type of bacteria, generally found in the human microbiome, has been classified as human commensals; they use the human body as their ecosystem but, unlike the aforementioned types, cause no harm to the host.

As bacteria are present almost everywhere, they are a threat that is hard to avoid”

Pharmaceutical manufacturers would probably all agree on one thing: no matter which kind they are, bacteria are something we do not like to see in a cleanroom. Why so? The presence of bacteria in pharmaceutical manufacturing sites is always indicative of what might eventually contaminate medical products and hospital fluids, and hence is considered a red flag. Nevertheless, as bacteria are present almost everywhere, they are a threat that is hard to avoid. In order to prioritise, the main focus has been on pathogenic bacteria, which hitherto has allowed commensal bacteria to keep a low profile. However, underestimating their presence in the cleanroom can lead to disastrous events.

The hegemony of cleanroom contamination cases is mainly disputed between three genera: Micrococci, Staphylococci and Bacilli. The particular species Micrococcus luteus is responsible for approximately one out of four contamination cases in cleanrooms, while Staphylococcus epidermidis ranks the first of its genera. Nonetheless, the latter is not as common in comparison, as only one out of 25 isolates happen to be identified as S. epidermidis.1 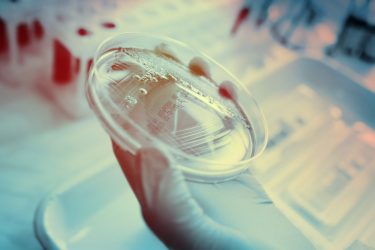 M. luteus was first discovered by Alexander Fleming – the same scientist who later discovered the antibiotic use of Penicillium notatum – and it has been studied ever since. M. luteus is a saprotrophic microorganism typically found both in the soil and in human skin. It is an obligate aerobe (cannot survive in anoxic conditions) and is sensitive to the use of the antibiotic bacitracin, which differentiates it from its contamination partners Staphylococci.2 In other words, it is a typical human commensal and does not usually present antibiotic resistance.

S. epidermidis, on the other hand, was first described by the microbiologist Friederich Julius Rosenbach and, like M. luteus, is a typical microorganism of the human skin flora. However, S. epidermidis is a facultative anaerobe (can survive in anoxic conditions) and, due to its resistance to bacitracin, vancomycin is the regular choice against it.3

Both bacteria share an essential trait: neither have evolved to cause disease but live as human commensals. This is a differential trait from less frequent cleanroom contaminants like Burkholderia cepacia or Pseudomonas aeruginosa, two opportunistic pathogens that have developed several antibiotic resistances.4,5 However, both M. luteus and S. epidermidis have shown potential to develop infection in their hosts, as reported in various medical cases.6,7 Therefore, despite their differences, these four microorganisms have all been recognised as nosocomial pathogens, since they can all be found in hospital environments.

For bacteria like S. epidermidis and M. luteus, which form part of the regular human skin flora, its pathogenicity might appear more surprising than in the case of B. cepacia and P. aeruginosa, which are typically found in other environments like water and soil. However, the difference ultimately depends on place and time. M. luteus and S. epidermidis have a probiotic effect in the skin by avoiding Staphylococcus aureus in order to colonise it,8 but are harmful to humans if found in other locations like the bloodstream or endocardium (the innermost layer or the heart).9,10 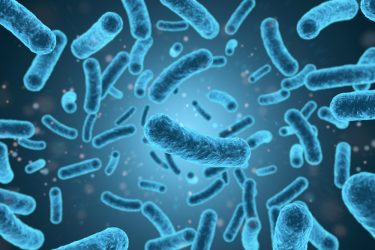 B. cepacia, P. aeruginosa, S. epidermidis and M. luteus all share another important feature: the ability to form a biofilm.11,12 Bacteria that form biofilms are always a nasty gang. Firstly, biofilms diminish the efficiency of antibiotics by acting as a low permeability barrier to the core cells, so the antibiotic never reaches them. Therefore, once bacteria form a biofilm, they can compensate for their natural weakness to some antibiotics. In addition, biofilm bacteria are proficient at attaching to prosthetic implants.13 This has severe implications; by contaminating pharmaceutical products like prosthesis, these bacteria have an easy gateway to immunocompromised individuals. Both endocarditis and bacteraemia usually derive from surgical and implantation procedures where those bacteria use the infected medical material to enter the organism, thus acting like opportunistic pathogens. This is the problem: commensal bacteria have the potential to evolve to parasites if circumstances favour it.

In conclusion, no cleanroom bacterial contaminants should be overlooked. Bacteria that have frequently been considered harmless to humans have demonstrated their ability to infect immunocompromised hosts by colonising pharmaceutical material. In addition, if these bacteria are biofilm producers the alarms should sound even louder. In times like these, where healthcare systems risk collapse due to the SARS-CoV-2 pandemia, keeping all the potential pathogens away from hospitals is a must. Thus, companies have a duty to ensure their pharmaceutical manufacturing sites do not contribute to complicating matters further.

Marc Baiget Francesch has an MSc in Pharmaceutical Engineering and works as a Project Manager and Freelance Grant Writer at Alien Technology Transfer.