Trademarks in the medical sphere: practice, examination and obstacles for registration in Russia, Ukraine and the CIS

Dr Tatiana Lipovaya and Alyona Chernoknyzhnaya discuss some of the main considerations when applying for trademarks in the pharmaceutical industry in Russia, Ukraine and the CIS. 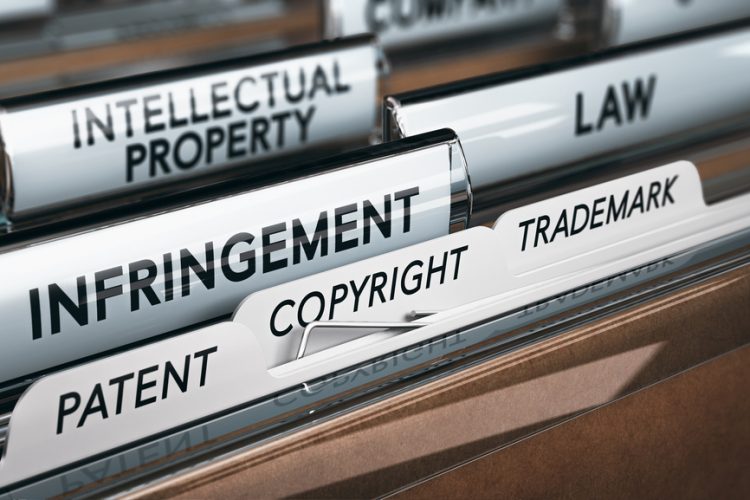 The pharmaceutical industry in Russia, Ukraine and in other Commonwealth of Independent States (CIS) countries can be considered one of the most complex industries when considering the management of intellectual property (IP), as it involves complicated legal, regulatory, linguistic and marketing factors.

It is worth mentioning that for many years the close connection between life sciences and IP has been based mostly on patent protection. In the meantime, we see that the strategic importance of selecting and working with a strong pharmaceutical brand (choosing the right trademark) has been fully recognised by pharmaceutical companies. The development of a trademark for new pharmaceutical products is a complex and complicated process, as there are numerous hurdles in the process that must be overcome.

Pharmaceutical trademarks are usually subject to thorough examination by the Patent and Trademark Offices (PTOs) in the CIS countries, in comparison to trademarks filed for other goods and/or services. The rigorous approach of the PTOs is to prevent a consumer from becoming confused between pharmaceutical products, which could have serious and even irreparable consequences.

As a common rule often in such countries like Russia, Ukraine, Kazakhstan, Belarus, Georgia, Armenia, Azerbaijan, Kyrgyzstan, Tajikistan, Turkmenistan, Uzbekistan and Moldova, the trademark legislation protects not only manufacturers, but also the consumers’ rights as well. However, it is important to note that the process of registration might sometimes be more complicated compared to the EU, due to specific peculiarities of examination practice in each specific country of the CIS region.

The most common grounds of provisional refusals for trademark applications in “medical” classes, such as classes 05 and 10 of the NC, are relative grounds – the existence of prior trademark registrations with identical or confusingly similar verbal element(s) earlier applied or registered for homogeneous goods. For overcoming provisional refusals on relative grounds in some countries, it would be helpful to limit the list of applied goods to those which have been manufactured, or to file the initial application indicating the exact goods for which the trademark is used or intended to be used.

In some countries like Russia, examination requires a stricter approach to the similarity of trademarks. According to the Russian rules of examination, if the verbal element of an applied trademark is half or fully included in the already registered mark, it will be considered as confusingly similar. Protection in such cases can be gained only for trademarks with non-homogeneous list of goods and/or by providing a consent from the owner of the earlier mark. 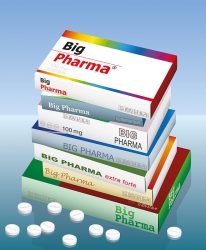 In Kazakhstan trademarks with similar words should have a difference of at least in three letters in their verbal elements, in order to be able to overcome the refusal based on existence of prior rights, using the argument of dissimilarity of trademarks and/or non-homogeneity of the list of goods.

Provisional refusals on absolute grounds, such as a misleading character or non-distinctiveness are not so rare for trademarks in the medical sphere in the CIS as well.

Another aspect should be kept in mind during the examination of medical trademarks, regarding the possibility of misleading consumers as to the goods and their manufacturer using confusing similarity to prior trademarks. Goods in class 05 of the NC – “pharmaceuticals for humans” – are goods acquired by conscious choice by consumers, following rigorous examination by the PTOs. The probability for these goods to be confused with other products on the market is reduced due to the fact that the choice and purchase of the pharmaceuticals are assisted by specialists with professional knowledge and experience – doctors. Pharmaceuticals are prescribed on the basis of individual needs of patients. In this case, the name of the trademark and design of the package would not be the main criteria for choosing of goods.

Pharmaceuticals for humans can only be sold through specific channels – pharmacies or drugstores. The choice of a particular pharmaceutical preparation by the average consumer is made with the assistance of doctors or sometime pharmacists in a pharmacy. Doctors can identify goods using many features – mainly the active components of the preparation and its manufacturer. Therefore, a trademark is not the main criteria of choice in the case of pharmaceutical and veterinary preparation. 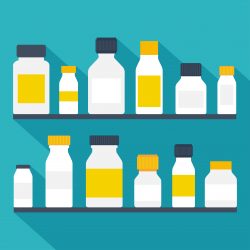 With the aim to obtain a wider scope of trademark protection, it is recommended to file the application not only in Latin characters, but in the local language as well, especially where the indication of pharmaceutical preparation in local letters on the packaging is required by the country’s law (eg, in Ukraine). The more cost-saving approach is to file one application, where the same trademark is indicated in different letters, eg, in both Latin and Cyrillic script. However, in this case, it is necessary to direct attention to the use of the trademark in the view it is registered, to reduce the risk of being a subject for a non-use cancellation action filed by a third party. Therefore, a broader scope of protection can be obtained through filing several applications to cover trademarks implemented in different alphabets separately.

Summarising our experience in protecting trademarks in the medical sphere, we came to the following conclusions and considerations:

This overview of our experience, focused on the characteristics of trademark protection for pharmaceuticals, will hopefully help trademark practitioners, as well as individual and corporate applicants to gain a better understanding of peculiarities of prosecution of ‘medical’ trademarks on the CIS market, thus protecting the rights of the ‘medical’ trademarks more effectively.

Dr Tatiana Lipovaya joined the IPR Group in 2000 and worked as an expert consultant in licensing and franchising. In 2015 she rose to the position of Head of the IPR Group Licensing Department. Tatiana holds a PhD in Economics and is an Associate Professor in the Department of Finance at the State Academy of Statistics, Accounting and Auditing of the State Statistics Service of Ukraine and is a Member of the Ukrainian Association of International Economists.

Alyona Chernoknyzhnaya joined the IPR Group in December of 2013 and has since been advising clients on a wide range of trademark-related issues. As Trademark Counsel of IPR GROUP, she provides advice and assistance to clients in various aspects of trademark and copyright law in all countries of the CIS region. Her expertise also includes prosecution on infringements of IP rights on the Internet and of domain names, caused by the use of a trademark or manufacturer’s website content without prior consent.

Becoming a Benefit Corporation and a certified B Corp: how sustainability practices may positively impact business operations